US Banks in Line to Deliver Strong Results

US financial groups face high investor expectations for strong earnings growth in their first-quarter results in spite of subdued markets for equity trading and investment banking in the first three months of 2010. 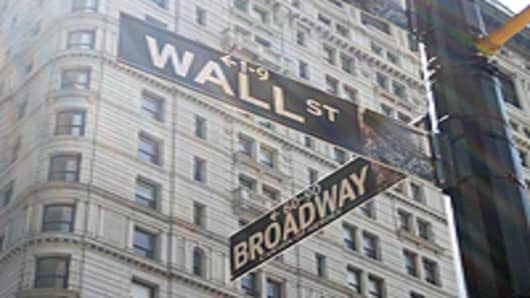 A slump in equity issuance, a fall in takeover activity and a sharp decrease in volatility – the swings in share prices that boost banks’ trading revenues – would force banks to rely on debt underwriting and fixed income trading for their profits, analysts said.

“Evidence of cyclical headwinds on investment banking and equity sales and trading revenues in March tempered earnings expectations ... and once again set the stage for a focus on FICC [fixed income, currencies and commodities] as the wild card for earnings growth in the quarter,” wrote Brad Hintz of Bernstein Research in a recent note to clients.

Commercial banks, such as JPMorgan Chase, which kicks off the reporting season on Wednesday, will continue to benefit from the spread between the ultra-low short-term interest rates at which they borrow and the higher rates they charge for loans.

For the first time since the crisis began, analysts are forecasting that lenders may stop setting aside reserves to cover future loan losses as the economy improves – a move that would bolster earnings.

Investors expect most large US banks to report higher profits than a year ago as the sector’s post-crisis rebound continues to gather momentum.

The KBW Bank Index has jumped 30 percent since the start of the year.

A strong quarter would raise the pressure on Wall Street chiefs to increase the percentage of revenues that go to pay bankers and traders after a year in which financial groups generally kept a lid on compensation.

At Goldman Sachs, for example, analysts are forecasting first-quarter net income of $2.3 billion in the first three months of the year, a 43 percent increase on the $1.6 billion in the same period in 2009, according to Thomson Reuters.

Howard Chen, an analyst at Credit Suisse, estimates Goldman will set aside 47 percent of its revenues for pay, compared with 36 percent in 2009.

FICC revenues, which were behind last year’s strong performance by most US banks, are expected to outstrip a relatively weak last quarter of 2009 but fall short of the record levels seen in the middle of last year.

Market watchers said that bid-offer spreads – the margin made by banks when they execute trades – had been narrowing from the highs of last year, although the impact of the moves had been partially offset by strong volumes.