Regulators failed for years to properly supervise the giant savings and loan Washington Mutual, even as the company wobbled under the weight of risky subprime mortgages, a federal investigation has concluded. 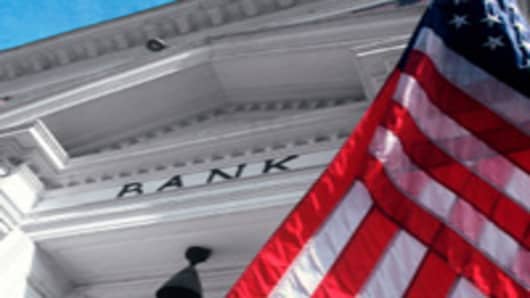 The two agencies that oversaw Washington Mutual, the investigation found, feuded so much that they could not even agree to deem the company "unsafe and unsound" until Sept. 18, 2008.

By then, it was too late. A week later, amid a wave of deposit withdrawals, the government seized the bank and sold it to JPMorgan Chase for $1.9 billion. It was by far the largest bank failure in American history.

The report, prepared by the inspectors general for the Treasury Department and the Federal Deposit Insurance Corporation, is expected to be released Friday. A draft was obtained by The New York Times. The release coincides with hearings this week by the Senate subcommittee on investigations, which is treating Washington Mutual as a case history of the financial crisis.

Based on research conducted from March to November 2009, the report examines the conduct of the bank’s primary regulator, the Office of Thrift Supervision, an independent arm of the Treasury that regulates savings associations, and the F.D.I.C., which insured the institution’s deposits.

The thrift supervision office was supposed to ensure the company’s safety and soundness, while the F.D.I.C. was tasked with assessing risks to its deposit insurance fund.

The report found that Washington Mutual had failed primarily "because of management’s pursuit of a high-risk lending strategy that included liberal underwriting standards and inadequate risk controls." The strategy accelerated in 2005 and came to a crashing end in 2007 with the drop in the housing market.

But the report also leveled unexpectedly sharp criticism at the F.D.I.C., which by July 2008 concluded that the bank needed $5 billion in capital to withstand future potential losses. The report said the F.D.I.C., which had questioned the Office of Thrift Supervision’s assessments of the bank’s soundness, could have stepped in earlier and acted as the primary regulator, but decided “it was easier to use moral suasion to attempt to convince the O.T.S. to change its rating.”

With more than $300 billion in assets, WaMu was the largest institution regulated by the Office of Thrift Supervision and accounted for as much as 15 percent of its total revenue from assessments, the report found.

Although regulators found problems with the quality of the mortgages it had originated and with the wholesale loans it bought through outside brokers and banks, the office consistently deemed WaMu "fundamentally sound," giving it a rating of 2, the second-highest on a five-point scale used to assess a bank’s condition, from 2001-7. Moreover, the office relied on WaMu’s own tracking system to follow up on regulators’ findings.

The office did not lower the rating to 3 ("exhibits some degree of supervisory concern") until February 2008, and to 4 ("unsafe and unsound") until September 2008, days before WaMu collapsed. "It is difficult to understand how O.T.S. continued to assign WaMu a composite 2 rating year after year," the report found.

O.T.S. officials said the agency had accepted the findings; the F.D.I.C. said it could not comment until the report was completed.

The report said it would be "speculative to conclude that earlier and more forceful enforcement action would have prevented WaMu’s failure," but also said such actions, if taken in 2006 or 2007, might have pushed managers to move aggressively to correct weaknesses and stem losses.

The report said the F.D.I.C. "met resistance" from the thrift supervisor when it assigned additional examiners to look at WaMu from 2005-8 and when it challenged the 2 rating in 2008.

In the summer of 2008, as WaMu teetered on the brink of failure, the two regulators still could not agree. "The O.T.S. as primary regulator wanted to rehabilitate WaMu and keep it in business," the report states. "The F.D.I.C., on the other hand, as an insurer wanted to resolve the institution’s problems as soon as possible to maintain the value of WaMu in order to reduce the cost of any failure."

The inspectors general, Eric M. Thorson of the Treasury and Jon T. Rymer of the F.D.I.C., concluded that the F.D.I.C. should make its own risk assessments of institutions large enough to pose significant risk to its insurance fund.

The chairman of the House panel holding this week’s hearings, Senator Carl Levin, Democrat of Michigan, said in a statement that he hoped the hearings would inform the debate over changes in financial rules, which the Senate could take up as early as this week, after its return from a spring recess. Two former WaMu executives, Kerry K. Killinger and Stephen J. Rotella, are expected to testify Tuesday.

"The recent financial crisis was not a natural disaster; it was a manmade economic assault," Mr. Levin said. "It will happen again unless we change the rules."

The WaMu report could also influence the work of the Financial Crisis Inquiry Commission, created by Congress to investigate the financial disaster.