Moving Taped Past to Hard-Drive Future

It started with a call from Steve Jobs.

In October 2008, I wrote about my alarm that Apple had removed the FireWire jack from its latest laptops. “FireWire is how you connect tape camcorders to the Mac,” I wrote. “I’ve got 100 MiniDV tapes carefully stored — of my children growing up, of my TV appearances, of our trips and memorable moments. For 15 years, I’ve intended, someday, to edit those tapes down into a series of cherished DVDs. Maybe when the kids get married.”

But if FireWire goes away, I wrote, “my tapes will be stranded and uneditable.”

Apple got us into this hobby in the first place. Apple developed and popularized FireWire, Apple installed a video editing program on every Mac — and now it was yanking the rug out from under us. 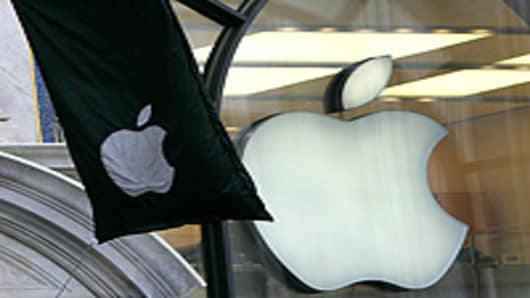 So Mr. Jobs, chief executive of Apple, called to tell me how wrong I was.

“You’re not going to edit those tapes,” I remember him telling me. “You don’t have the time.”

I was offended. How dare he be so direct, so presumptuous — and so right?

“When were you planning to edit all those tapes?”

He told me that the electronics companies had already stopped developing tape camcorders. In eliminating the FireWire jack from Macs, Apple was just reflecting the new reality.

Since that phone call, a lot has happened. Apple restored the FireWire jack to the next generation of MacBook Pro laptops, a concession to the public outcry (though Apple’s two lower-powered models are still FireWire-free). And sure enough, one by one, the camcorder companies eliminated tape camcorders from their lineups. Today, for example, Canon sells only a single tape model — which has been essentially unchanged for three years. Apparently, tapeless camcorders are the future.

But I’d always had three beefs with tapeless. First, the video quality wasn’t as good as tape. Second, once the camcorder’s hard drive filled up, you were dead in the water. You couldn’t record anything more until you got home from your vacation and emptied the video onto your computer.

Finally, you no longer had cassettes as a handy backup; you had to store your videos on a hard drive and hope that nothing went wrong with it.

But here’s what else has happened since November 2008: the quality of some tapeless camcorders now matches tape. (I’ll be reviewing them soon.) You don’t have to worry about filling up your camcorder anymore, because dirt-cheap memory cards take the place of cassettes. And hard-drive prices have dropped so much that hard-drive video storage (at about $1.20 an hour of video) costs even less than tape ($4 an hour). In fact, even two hard drives — a master and a backup — costs less than tape.

So last summer, reluctantly, I bought a 1-terabyte drive and began transferring all my MiniDV tapes onto the computer, one at a time. Little by little, my intern and I worked through the huge stack of original tapes (140, to be precise).

Each one-hour tape takes one hour to transfer, but you can do other things in the meantime, either on the computer or around the house, pausing every now and then to change tapes.

I had decided to use Final Cut Pro; since that app is for pros, I figured the quality of the transferred video would be pristine.

But one day in late summer, when we had transferred 85 hours of tapes, I was inspecting the transferred video when I received a horrible shock: there were no date stamps.

Every MiniDV camcorder invisibly imprints the date and time on every frame of video. For home movies, it’s indispensable. You can’t see it on your TV, but it’s available to see in just about every video editing program on earth.

Except Final Cut. Final Cut ignores this information — doesn’t import it with the video. (Apple asserts that professional TV and film editors don’t need to know when something was shot. But I’ll bet they’d like it if they had it.)

I finally decided that there was no solution but to start all over again — this time, using iMovie. Yes, iMovie, the simple video app that comes on every Mac. It may not be Final Cut, but it does store the video at full quality (in the same DV format the camcorder uses) — and it does preserve the date and time information.

A lifetime of format migration.

Better yet, iMovie has a completely automatic mode. Put in the tape, type a title and click Import. The program automatically rewinds the tape, plays/imports it completely, then rewinds it again. You’re ready for the next tape.

(The equivalent procedure in Movie Maker, Microsoft’s free video editor for Windows, is almost as easy. Open the File menu and choose Import from Video Device. Type a name, choose a location, choose a format and click “Import the entire videotape to my computer.”)

Handily enough, iMovie auto-files each video in a folder list, labeled by year: “2002,” “2003” and so on. You can’t create folders manually and you can’t drag the videos around within the year folders. But having them grouped by year is workable enough.

Along the way, I was crestfallen to discover that about 10 percent of the tapes had stretches of garbled video. After only a few years, the tape itself was already deteriorating; I was rescuing them just in time.

This week, we finished the job. I can now call up a video on my computer with the same one-click ease you might call up a photo on yours; instant access to 15 years’ worth of memories.

Someday, I’ll edit these things down into 10-minute highlight reels — but already, the payoff has been enormous. Whenever my children wandered into my office during the transfer process, they went wide-eyed in delight and amazement. Such funny haircuts! Oh, I remember this! Did I really talk like that?”

Most of these tapes were recorded and never looked at again. They’re seeing the light of day for the first time.

Now, my work isn’t completely finished. I have yet to transfer my older, analog camcorder cassettes and even VHS tapes. (My options: send them out to an expensive transfer company; buy an analog-to-digital converter for about $40; or use my MiniDV camcorder’s analog pass-through feature, which turns the camera itself into a signal converter.)

And above all, I have to steel myself for a lifetime of format migration. The DV format imported by iMovie (or the .WMV files created by Movie Maker) will eventually be replaced by newer, better file formats, and today’s files will be orphaned.

I’ll have to be vigilant, converting my stash every 10 years to whatever’s in vogue at the time.

But having been through the transfer task, I can tell you that it wasn’t, in the end, unpleasant. It brought joy to anyone who wandered into my office. And it means that my lifetime of video memories have a new lease on life.

I urge you to consider a similar project of your own.

David Pogue is a columnist for the New York Times and contributor to CNBC. He can be emailed at: pogue@nytimes.com.