Can the 'Big Dome' Stem the Gulf Leak? 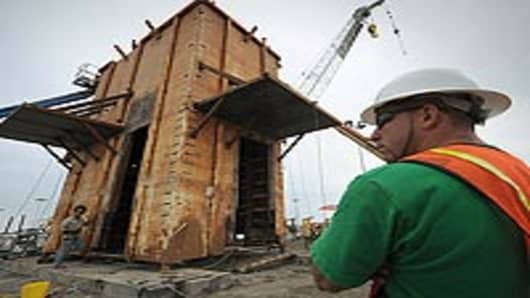 Mark Ralston | AFP | Getty Images
A safety officer watches as the Pollution Control Dome is built by steelworkers at the Martin Terminal worksite in Port Fourchon, as BP rushes to cap the source of the oil slick from the BP Deepwater Horizon platform disaster in Louisiana.

When a pipe bursts, your first response is to cap the leak. In the simplest terms, that’s the idea behind a massive structure the company Wild Well Controlis building in Port Fourchon, La., to contain some of the spewing oil from the ongoing BP disaster in the Gulf of Mexico.

The 98-ton, four-story “suction cup” is a pollution containment dome that will be lowered—likely on Friday—into the Gulf over the leaking wellhead.

Once in place, the dome is designed to capture the spraying oil and then funnel it through the top of the structure’s collection device through a mile-long pipe where the oil will be loaded onto a waiting ship.

The containment dome works on a simple principle, but it’s an untested solution in water this deep, and it may not work. In shallower water, however, there has been success with similar domes.

If the first attempt is unsuccessful, there will be another chance with a second dome the company is also constructing.

But with thousands of gallons of oilcontinuing to flow into the Gulf of Mexico—with its fisheries, wildlife refuges, oyster beds, whitesand beaches and wetlands—much is riding on the success of the pollution containment dome.

However, if capping the leak with a dome proves to be impossible, the only solution will be to drilling a relief well, but that will take at least three months to complete.

Work has already begun on the relief well. Transocean, the company that owned the oil rig whose explosion led to the spill, also owns the ship that will sit above the containment dome siphoning off the oil from the leak.

Wild Well is building the dome under its disaster-response contract with BP .

For the workers constructing the dome, it’s more than a job, a project spokesman told CNBC Tuesday: “All these guys are from Louisiana, this is their home. They want to protect it as best they can.” 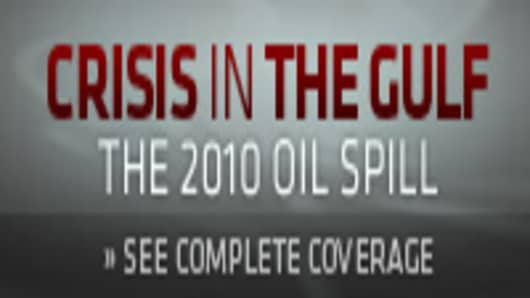