After a season of disappointing ad revenue, the further loss of viewers (and prestige) to cable networks, the end of popular series like “Lost” and “24” and the Jay Leno disaster at NBC, the broadcast networks are going back to an expensive drawing board. 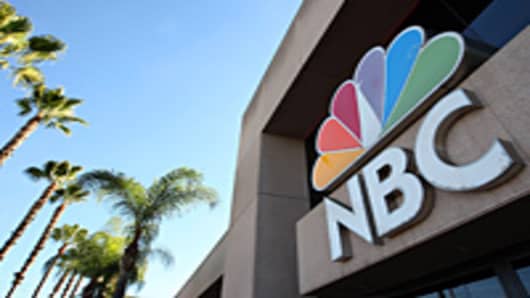 Getty Images
An NBC sign stands at the NBC studios in Burbank, California.

As they take turns announcing new season schedules this week, executives won’t be making the austerity vows that followed the writers’ strike a few years ago. Instead, the networks have ramped up their development efforts this season — which means additional investment at a time of shrinking profits. The number of network pilots rose this season for the third year in a row, hurting the first-quarter margins for the networks’ parent companies.

Anthony DiClemente, media analyst for Barclays Capital, said the added financial risk was essential. “They need to find hits in order to fulfill their ratings guarantees” to advertisers, he said.

That’s good news for viewers, however, who will see more new shows in general as the networks reduce the in-season repeats that now carry almost no value. “You need to take more chances,” said Jeff Gaspin, the chairman of NBC Universal Entertainment . “You’ve got to get more product on there. You can’t put repeats on.”

The broadcast networks will unveil their fall prime-time lineups in various concert halls and hotel ballrooms during an annual Manhattan ritual called upfront week. NBC and Fox will present their schedules to advertisers on Monday; ABC on Tuesday; CBS on Wednesday; and the CW on Thursday. Cable channels like TNT and ESPN will also hold presentations this week.

Analysts forecast that the 2010-11 upfront market will be much more robust than last year, with ad revenue for the broadcasters as much as 15 to 20 percent higher than in 2009, although that would bring the total back to only around where it was in 2008, before the recession took its toll. 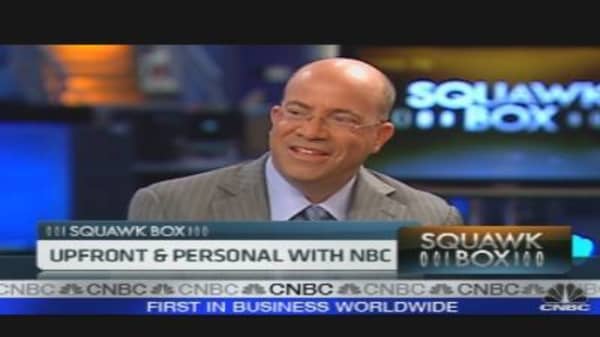 And while the painful memories of 2009 are fresh, the networks are at least optimistic about signs of an economic turnaround. “Last year, the economy came up in every single meeting” with potential advertisers, said Mike Rodriguez, senior vice president for network sales and marketing at NBC Universal’s Telemundo unit, which announced its new schedule last week. This year, “it hasn’t come up once.”

The spirit of risk-taking is especially noticeable at NBC, which on Sunday night announced a bumper crop of new series, 11 hours’ worth — a big increase from a network that a year ago was trying to squeeze the number of new series down drastically. NBC needs all the help it can get because of the quick implosion of its move of Jay Leno to 10 p.m. The network will have new shows four of five weeknights at 10 p.m. in the fall.

NBC is highest on two dramas, “The Event” and “Chase,” both intense crime shows, which it slotted on Monday to take advantage of the promotional opportunities it will have during its Sunday night football broadcast. It was also encouraged enough by a new comedy, “Outsourced” — about a young man whose company is relocated to India — that it pushed to midseason another Thursday comedy, “Parks and Recreation,” to make room for it.

NBC confirmed Sunday that it had canceled “Heroes,” the once-buzzworthy superheroes show.

Beyond NBC, Mr. DiClemente said the Fox network was also under pressure because its longtime hit “24” was ending this month and its powerhouse singing competition, “American Idol,” was slowly losing audience share at the same time its signature judge, Simon Cowell, was about to leave the show.

Fox, which has said that developing new sitcoms is its top priority for the coming season, has ordered three new ones, although their titles are subject to change: “Traffic Light,” a romantic comedy revolving around three young men; “Keep Hope Alive,” about a single dad who lives with his parents; and “Running Wilde,” which stars Will Arnett and Keri Russell. Fox is expected to pair two of the new shows with “Glee,” its budding hit about a high school glee club.

Both CBS and ABC, which have aging staples like “CSI” and “Grey’s Anatomy,” have true hit sitcoms. On CBS, “The Big Bang Theory” broke out this season as the highest-rated comedy on television among young audiences. On ABC, a new comedy, “Modern Family,” is getting the most credit for reviving interest in the genre.

“That is so encouraging,” said Dana Walden, the chairwoman of 20th Century Fox Television. “For a truly good show to come on and the audience to follow, it’s just great for the business.”

CBS believes it may have another hit comedy in “Mike and Molly” because it comes from Chuck Lorre, the creator of “Two and a Half Men” and “The Big Bang Theory.” CBS is also heralding a remake of the old cop series “Hawaii Five-O.”

And ABC, with a real comedy night finally on the schedule, is also expected to add three or more new series, including “Mr. Sunshine” which brings back Matthew Perry (“Friends”) as a manager of a sports arena in midlife crisis mode.

Comedy is also coming more in an hourlong form. NBC has slotted the show “Love Bites” on Thursday at 10. It is a comedy anthology with elements of “Sex and the City” and the long-ago show “Love, American Style.”

That move is consistent with the broad effort to keep repeats off the air as much as possible. More and more, networks are making efforts to have shows share time periods — the way that Fox has in the past with “24” and ABC with “Lost,” both of which came on in January after different shows played in their time slots all fall.

Even though such series are more difficult to schedule for that reason, they create excitement that networks need, Ms. Walden said.

“With shows like ‘24,’ and ‘Prison Break’ and ‘Lost’ all gone,” she said that studios actively sought what she called “more muscular” shows for this season.

NBC’s new series “The Event” is a serialized political thriller. On Monday, Fox will preview a science-fiction show called “Terra Nova,” involving time travel to a prehistoric age, on tap for later in the season.

Multiple shows sharing the same time period may mean more viewers; but it surely will mean more expenses. “Will audiences see more originals on NBC this year? Absolutely,” said Angela Bromstad, who heads NBC’s Universal studio. “Will this be more costly? For sure.”

But that is one more price networks may be willing to pay.