Lionsgate just filed a 14D-9 with the SEC, repealing that in response to a request from Carl Icahn, it's holding talks with the takeover titan. 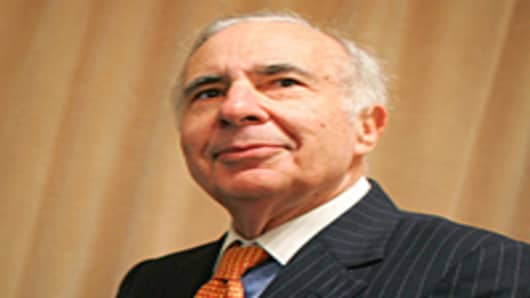 This is just the latest in the ongoing battle between the movie studio and Carl Icahn, who's attempting to take the company over for $7 a share. After facing a major setback last week Icahn isn't giving up without a fight.

Icahn's offer for the company expires on May 21, so it makes sense that he'd take this week to try to hammer out some sort of deal.

Icahn is unlikely to draw adequate shareholder support —last week 56 percent of shareholders voted for Lionsgate's poison pill option, even though the Canadian government is prohibiting Lionsgate from using that poison pill.

If Icahn's bid, as expected, doesn't draw sufficient support by Friday, Icahn could wage a proxy fight, which would be expensive for both sides.

The language in Lionsgate's filing isn't particularly optimistic of anything coming from these talks.

It reads: The Icahn Group has recently communicated to Lionsgate certain of its views with respect to its relationship with the Company. As previously disclosed, Lionsgate has had discussions with the Icahn Group at various times since October 2008.

To date, those discussions have not resulted in an agreement between Lionsgate and the Icahn Group, and there can be no assurance that any negotiations will ensue or result in an alternative to the Offer.

However, consistent with the Board's duty to explore all alternatives that could reasonably be expected to be in the best interests of Lionsgate, its shareholders and other stakeholders, the Board believes that it would now be appropriate to respond to the Icahn Group’s recent communications to determine whether there may be a basis on which to engage in negotiations and will do so today.

In the same filing Lionsgate revealed that it created a $16 million trust for potential severance payments to Lionsgate senior management should a change in control of the company result in their being ousted. Icahn may not have enough shareholder support to make this happen, but Lionsgate isn't taking any chances.