After Mercury, Ford's Future Looks a Lot Like Toyota's Past 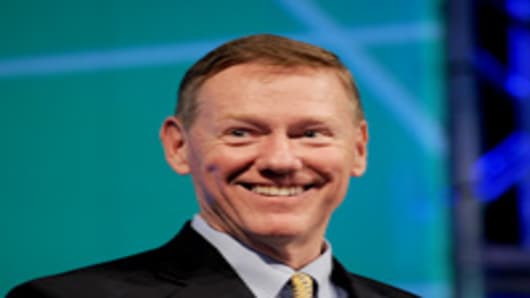 Remember how he talked about his admiration of Toyota and how he planned to replicate that success at Ford?

Remember how many in the press scoffed and said, "Yeah, every CEO says he'll match Toyota's success, but nobody ever does it?"

Four years later, Mulally is delivering better results than many ever expected, and he's transformed Ford into a company that looks (and runs) a lot like Toyota in the late 90's.

He's taken a slumbering, money-losing company with seven brands and turned it into a leaner, profitable company with three, and soon just two brands.

Ford has become what Toyota once was: focused, growing, and building momentum.

All that makes it very clear what Mulally and his teams plan to do next with Ford.

* Phase out Mercuryas soon as possible.

* Build up the Lincoln brand as a true luxury brand (including a broader, more complete line-up).

* Leverage global manufacturing to maximize profits and grow the Ford brand around the world.

With just two brands to focus on, Mulally and his team should, in theory, be able to drive Ford and Lincoln to greater heights.

It won't be easy and won't happen overnight.

The Lincoln brand has potential, and also plenty of question marks.

* Can Mulally make Lincoln a true competitor to Cadillac, Lexus, BMW, or Mercedes? To do that will mean a serious investment in not only product, but also upgrading dealerships.

* Does Mulally try to make Lincoln a global brand? If not, can Ford thrive on the world stage as a full line car company without a luxury brand in markets outside North America.

Those questions aside, it is clear Ford's transformation is just beginning. It has passed up Toyota in market share in North America, and has caught up in terms of quality. Now, it's gearing up and focused on becoming as profitable as Toyota has been.