Employers fired as many staff in May as the previous month, according to the latest job-cut report released by global outplacement consultancy Challenger on Wednesday. 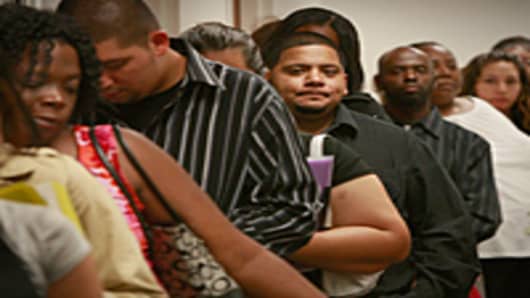 The Challenger report indicated that the pace of job losses edged slightly higher in May, as employers announced plans to cut 38,810 jobs from their payrolls.

This was 1.3 percent more than the four-year low of 38,326 job cuts announced in April, but 65 percent lower than one year earlier, when planned job cuts totalled 111,182.

The Challenger report serves as an indicator of sentiment ahead of two key jobs reports, and will be analyzed to evaluate the economy's ability to create jobs and drive the recovery.

Friday’s much-anticipated non-farm payrolls are projected to have substantially increased, and investors will be awaiting the ADP private sector employment report on Thursday as well.

Economists are forecasting half a million jobs were created in May, after a 290,000 rise in April. If this prediction comes true on Friday, it would be the largest monthly increase in nonfarm payrolls since 1997. 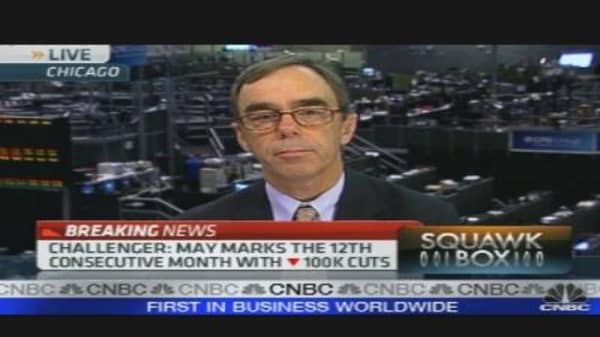 “It is difficult to imagine the pace of downsizing slowing even further, considering that the economy, while recovering, is still in a relatively fragile state. However, monthly job cuts may indeed continue to fall during the summer, when many businesses hold off on making dramatic staffing changes,” John A. Challenger, chief executive officer of Challenger, Gray & Christmas, said.

The sector expected to get hit hardest is the government and non-profit sector, which announced 16,697 job cuts in May, 12 percent more than April’s 14,973, as “the budget crisis for many states and municipalities is only getting worse,” Challenger said.

The public/non-profit sector has laid off 93,470 people so far this year—more than two-and-a-half times the pharmaceutical industry’s 34,157, which is ranked second place in terms of job cuts.

The financial and automotive industries reported the most forceful hiring plans in May, while energy and apparel sectors showed the weakest expansion signals.