American populist rhetoric threatens to destroy not only one of Britain’s most cherished companies, but the “special relationship” between the United States and Britain, analysts told CNBC Friday. 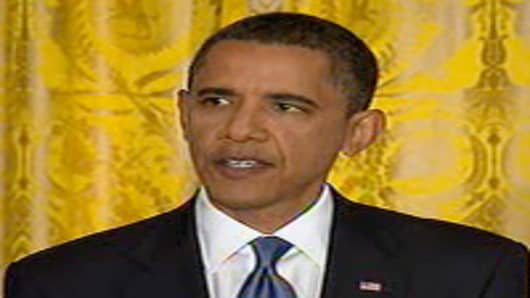 President Barack Obama has criticized BP harshly as the explosion of the company's Deepwater Horizon oil rig off the Gulf of Mexico coast is the worst in history, asking the company to stop spending money on advertising and to suspend its dividend.

“The BP story is corrosive. It’s not going to last for months, but years,” Greg Valliere, from Potomac Research Group, said.

“We don’t hate them, but the 'special relationship' the US and Britain has enjoyed for decades is fraying.” But the relationship hasn’t exactly been starry-eyed for some time.

In September 2009, Gordon Brown lurched from being hailed as a global statesman to intense embarrassment, after it emerged US President Barack Obama had turned down no fewer than five requests from the British Prime Minister to hold a bilateral meetings.

References by senior US politicians and journalists to “British Petroleum” – which has not been the company’s name for over a decade – have sparked fears of a wider backlash against UK companies.

British media were quick to point out that BP has 6 American directors as well as 6 British ones and that it employs 22,000 Americans against 10,000 Britons.

BP shares rose Friday, despite the fact that US scientists doubled their estimatesregarding the amount of oil spewing out of the ruptured well, as British politicians threw their weight behind the company.

The White House has every reason not to let go of a clear scapegoat for the mess which has enraged American citizens, according to Valliere.

Earlier this week, Obama put diplomacy aside to emote Americans’ anger over the spill with his comment over “wanting to know whose a** to kick.” David Cameron, UK prime minister, said on Thursday that the British government would helpBP with its clean-up efforts and that he completely understood US frustration.

Obama has taken it one step further, ordering BP to pay the salaries of all workers laid off by an offshore drilling moratorium as well as other expenses.

The corporate monster is very east to attack, according to John Silva, from Wells Fargo, as the firmly-ingrained corporate image of lavish comforts and “fancy offices” often fails to provoke sympathy among the general public.

But cutting such entrenched, transatlantic ties could prove to be as messy – and complex – as plugging a deepwater oil spill, analysts said.

About 40 percent of BP shareholders are in the United States, as is the majority of its workforce.