Stocks couldn’t hold their gains on Monday with the S&P ending the session modestly lower, again to due fears about the crisis in Europe.

The slide was particularly disappointing for bulls, at least from a technical perspective.

Earlier, the S&P 500 kissed its 200-day moving average at 1,107.95, a level that the index has struggled to break above for the last month. However the bulls couldn’t keep it together and once again the market tested this key level - and failed.

How should you be positioned now?

There’s a lot of talk about failing at the 200-day moving average but I feel like the market still has enough momentum to break above it, says Joe Terranova. I think we could do it within the next few days.

As far as I can tell the market is range bound, muses Tim Seymour. There's plenty of good news out of the EU - like a well received bond auction last week in Spain - and yet the market still can't get above 1105. I just don't see the market pushing higher, right now.

Until the market trades above the 200-day moving average I just can’t feel bullish about stocks either, says Dennis Gartman.

I’m interested in seeing what happens if the S&P climbs to 1130, muses Guy Adami. That’s a level which could lead some technical analysts to call a 'head and shoulders pattern', that could be a very bearish catalyst. 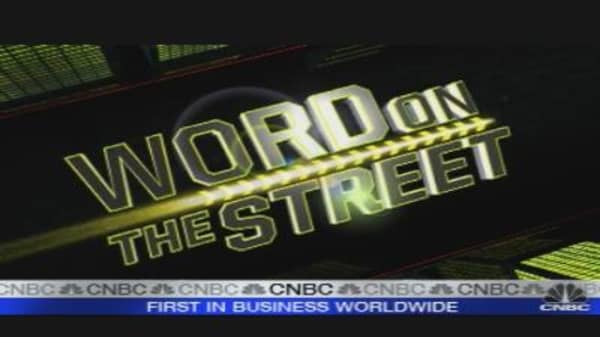 The market just isn’t trading right, muses Patty Edwards. If you’re long I strongly recommend being hedged. If you’re looking for a stock play look at PM, she counsels. The action looks really good and it's got a 5% dividend yield.

For me the market is all about BP, says Karen Finerman. As it unravels, the market seems to unravel as well. Normally I love when CEOs testify before Congress because the crescendo of negative press generates a bottom. Unfortunately I don't think that's going to be the case this week.

And as for PM, it's the epitome of a defensive value stock, she adds.

But Europe's problems did not recede from view entirely. After coming within a breath of $1.23, its highest level since early June, the euro pared gains after Moody's cut Greece's credit rating to junk status and said the country faced substantial risks.

The euro is currently at a key level, says Tim Seymour. If it can hold that level it could generate some strength for the broad market.

For the near term I think the euro is probably sold out but long term I think it’s heading a lot lower, speculates Dennis Gartman. Can it go up to 1.25? Of course, he says. But that doesn’t change the bigger trend.

In the space, I’d think about along position in the UNG , counsels Joe Terranova, but only for a trade. Fundamentals for nat gas long–term are bearish.

I like playing nat gas with Apache, says Guy Adami. But I wouldn’t rush into this stock at current levels.

BP closed lower Monday after President Obama said he’d press the company to set up an escrow account to pay damage claims by individuals and businesses hurt by the oil spill in the Gulf of Mexico.

I think the BP catastrophe is so full of uncertainties that we’re still in no-man’s land, muses Karen Finerman. The situation is just spinning out of control.

I don’t know how anyone can value this company right now, adds Joe Terranova. There are better places for your money.

Options action suggests there’s a 50% chance that the dividend is suspended into the next earnings season, explains Mike Khouw. And farther out options action puts the odds as high as 75%.

Callaway Golf (ELY) dropped 11.2 percent to $6.75 in extended trade on Monday after the company gave negative guidance for the second quarter.

What should you make of it?

We're going to find out a lot about earnings season this week, says Guy Adami. One warning is nothing to worry about but keep an ear open.

The airline index moved close to its pre-correction April highs. What should you make of it?

If you’re looking for a trade in the space, I like Alaska Airlines, says Patty Edwards.