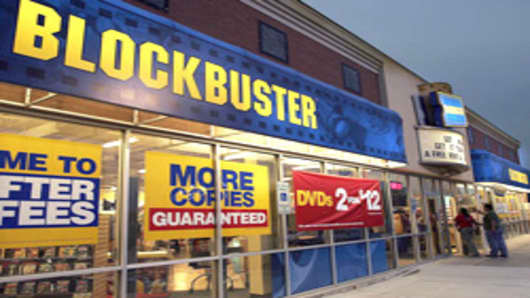 Blockbuster is trying to stave off bankruptcy, as the movie rental company faces a debt load of $930 million.

Today I spoke exclusively with CEO Jim Keyes on his plans to keep the company afloat.

The big news: the company does plan to make its $42 million debt payment on July 1.

Keyes noted that the company has made all of its debt payments in the past and intends to make all moving forward.

But Keyes acknowledges that bankruptcy is a real option — it's one that the company would like to avoid — but it's preparing for that contingency. Keyes says that the key thing is making sure that the company doesn't have to sit on the "sidelines for any period of time."

With Netflix and Redbox posing increasingly steep competition, Keyes is saying that the company can't afford to halt its operations. That means if Blockbuster does file for Chapter 11 it'll have to secure over $100 million in loans to maintain operations. Keyes didn't go into the details but indicated he's well on his way to making those deals with "strategic partners" and its lenders. 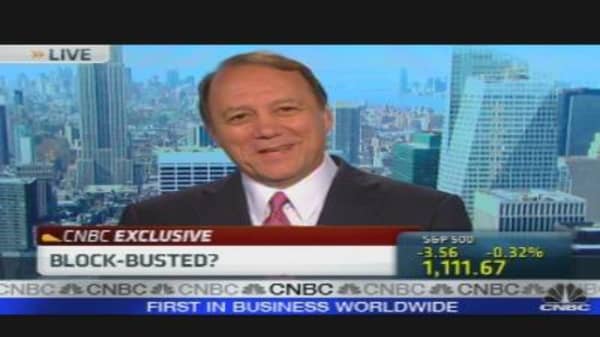 Just yesterday Redbox announced a new dealwith Paramount, to rent its movies for $1-a-day starting the very same day the DVDs go on sale. Paramount found that the Redbox rental model doesn't cannibalize its sales, but is additive. This is progress for Redbox — 20th Century Fox, Universal and Warner Brothers all signed deals with Redbox that require a 28 day delay after DVDs are released in stores before Redbox can start renting them.

Redbox is a major threat to Blockbuster — there's no denying it. But Keyes points to the fact that Blockbuster has a 30-day advantage on more than 50% of new films out there. HE says they're going to make that advantage "a key pillar in rebuilding the new Blockbuster." The question is whether that'll help Blockbuster's kiosk business. The company tells me it's planning to roll out 6,000 Blockbuster kiosks — very similar to Redbox kiosks — by the end of the year. The number seems incredibly high, especially considering the company's financial constraints, but it's clearly hoping to replicate Redbox's fast-growing business to replace its struggling one.