As Congress rushes this week to complete the most far-reaching financial reform plan in decades, the banking industry is mounting an 11th-hour end run.

Industry lobbyists — and sympathetic members of Congress — are pushing for provisions to undercut a central pillar of the legislation, known as the Volcker Rule, which would forbid banks from using their own money to make risky wagers on the market and would force them to sell off hedge funds and private equity units.

To secure the support needed for their bill, Senate negotiators are leaning toward creating a series of exemptions to the Volcker Rule that would allow banks to continue to operate these businesses as investment funds that hold only client money, according to several Congressional aides, industry officials and lawyers. 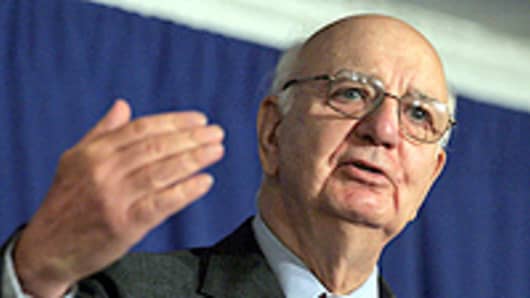 The three main changes under consideration would be a carve-out to exclude asset management and insurance companies outright, an exemption that would allow banks to continue to invest in hedge funds and private equity firms, and a long delay that would give banks up to seven years to enact the changes.

In particular, the provisions, sought by Senator Scott Brown, Republican of Massachusetts, and several other lawmakers, would benefit Boston-based money management giants like Fidelity Investments and State Street Corporation .

But the biggest Wall Street firms would be helped as well. For example, JPMorgan Chasewould be able to retain its Highbridge Capital Management unit, and Goldman Sachs could hold on to several large hedge funds, including its flagship Global Alpha franchise. Morgan Stanley could keep FrontPoint Partners and several other smaller hedge funds.

Without the exemptions, all of these banks might be forced to divest the bulk of their hedge fund and private equity units. The fate of these provisions will be the subject of intense negotiations this week, but they have the support of Representative Barney Frank, Democrat of Massachusetts, and Senator Christopher J. Dodd, Democrat of Connecticut, who are leading the effort to resolve the differences between the House and Senate versions of the bill.

Paul A. Volcker, the former chairman of the Federal Reserve and an influential adviser to President Obama, is spending these last crucial days in Washington, trying to safeguard the rule he has championed. Congressional negotiators hope to settle on a final version of the legislation by Thursday, ahead of the Group of 20 summit meeting in Toronto next weekend.

Even if they do not succeed in their efforts to dilute the legislation, Wall Street firms are exploring ways around whatever restrictions become law.

UBS has prepared a 20-page “action plan” outlining various options, while senior managers at Goldman Sachs have had preliminary discussions on eventually dropping its status as a federally insured bank, allowing it to escape several of the most stringent provisions in the new law.

At JPMorgan, the challenge of coping with the fallout from financial reform has figured prominently in weekly strategy sessions convened by Jamie Dimon, the bank’s chief executive.

“Wall Street has always been very skilled at getting around rules, and this law will be no exception,” said Frank Partnoy, a professor of law at the University of San Diego and a former trader at Morgan Stanley. “Once you open up the door just a crack, Wall Street shoves the door open and runs right through it.”

Officials of the major banks declined to comment, citing the delicate nature of the discussions.

Even with the legislation still in flux, deals were being made. JPMorgan was moving ahead with plans to buy Gávea Investments, a large Brazilian asset management company, according to a person familiar with the talks. And Citigroup was confident enough to embark on a $3 billion fund-raising effort from outside investors to expand its hedge fund and private equity units.

“With the final outcome and its timing currently unclear, Citi Capital Advisors will continue to provide high-quality asset management and investment opportunities for clients,” said Danielle Romero-Apsilos, a spokeswoman at Citigroup.

Banks will face many new constraints as part of financial reform. For example, they will be required to set aside more capital against possible losses, a problem during the financial crisis.

All major banks will face additional regulatory scrutiny if they are deemed too big to fail and a potential danger to the financial system. Trading in complex derivatives will be shifted out of the shadows and into more transparent clearinghouses and exchanges.

Even with the exemptions being sought, the Volcker Rule will still contain a provision that presents a formidable obstacle to the industry: a restriction on banks’ ability to make speculative bets using their own capital, known as proprietary trading.

Wall Street trading floors are buzzing about creative ways to possibly limit the impact. For example, traders say, it will be tricky for regulators to define what constitutes a proprietary trade as opposed to a reasonable hedge against looming risks. Therefore, banks might still be able to make big bets by simply classifying them differently.

Another idea might be to split the responsibilities of proprietary traders. For part of the day, the traders might put buyers and sellers together in what is known as market-making. But in their spare time, these traders could still use the bank’s capital to make wagers.

“The actual legislation is pretty vague in a lot of important ways,” said Richard Schetman, a financial services lawyer at Cadwalader, Wickersham & Taft.

In Washington, meanwhile, the horse trading over hedge funds and private equity will pick up this week.

To win Mr. Brown’s support and clear the way for Senate approval, Democratic leaders have pledged to support the carve-out for asset managers, according to officials familiar with the talks. But it was never included in the version approved by the Senate, making it a flashpoint between House and Senate negotiators.

Mr. Brown and other lawmakers are also backing the exception that would allow banks to continue to invest a portion of their capital in hedge funds and private equity ventures. Just how much has yet to be decided.

The financial services lobby would like to add yet another exemption — allowing banks to continue to provide start-up capital for hedge funds. (Venture capital investments by banks have already been exempted.)

In addition to being lucrative, the banks argue that “seeding” hedge funds with small amounts of capital does not pose a systemic threat and is something that clients demand. Hedge funds that have been bankrolled by Wall Street firms also worry that they might be forced to liquidate.

If Wall Street is forced to get out of the hedge fund and private equity business, bankers have already mapped out Plan B, not to mention Plans C and D.

Existing management teams may be offered deals to purchase the private equity and hedge fund units they run. The banks could also restructure these businesses, with spinoffs for example, to comply with the new law or even sell them to a larger hedge fund or overseas bank not subject to the Volcker Rule.

If all this were not enough, Wall Street wants to delay the day of reckoning, asking for up to seven years to adapt and avoid a fire sale of assets.