Ron Allen says he knows all too well the ravages of drug addiction.

“I was a pastor on crack cocaine, sir,” said Allen, who says he has been sober for 11 years and now identifies himself as the bishop of the International Faith Based Coalition here. “Drugs have no religious preference.” 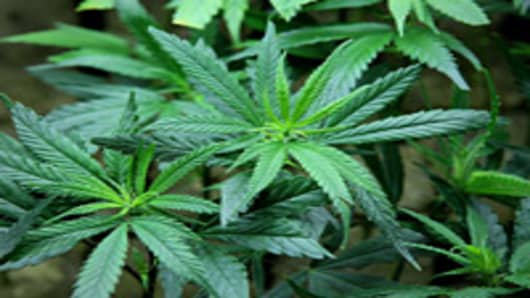 And while crack cocaine laid him low, Allen says his first drug of choice was marijuana. So it is that Allen and a cadre of other black pastors, priests and other religious leaders have bonded together in recent weeks to fight what they see as a potentially devastating blow to their communities: Proposition 19, the California ballot measurethat would tax and regulate marijuana.

In doing so, Allen and his followers have opened a new, potentially crucial front in the battle over Proposition 19, pitting those afraid of more widespread use of the drug versus those who see legalization as “an exit strategy in the war on marijuana.”

Allen has been particularly critical of Alice A. Huffman, the president of the California branch of the N.A.A.C.P., who has been vocal in her support for the measure, casting it as a potential victory for civil rights that could help reduce the number of young black men jailed on marijuana-related offenses.

“I’m not encouraging anyone to recreationally use marijuana,” said Huffman. “I am simply focused on the injustice and the disparities in the criminal justice system.”

How black voters in California decide on Proposition 19, which would allow anyone 21 and over to possess up to an ounce of marijuana, could be critical to its success or failure. (At the moment, possession of more than 28.5 grams of marijuana, about an ounce, is punishable in most cases by up to six months in prison and a $500 fine.) 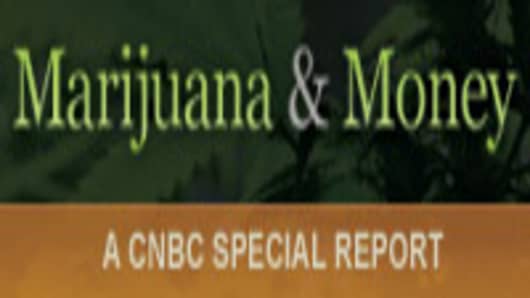 Blacks make up less than 10 percent of the population in California, but unlike two larger minority groups in the state where opinions on the measure are also split—Asians and Latinos —their “participation in elections is on par with their populations,” according to the California Voter Foundation, a nonprofit group here.

In the case of Proposition 19—which is trailing narrowly in a recent Field Poll—appeals to that potential swing bloc have already begun, and the measure’s backers have been seeking out the support of prominent black leaders. Last week, proponents secured what they view as a major endorsement, that of Dr. Joycelyn Elders, the former United States surgeon general and the first black to hold that position.

In a statement to be published in a voter guide, Elders said the legalization bill would help divert law enforcement resources to more serious threats. “We can let police prevent violent crime, or we can accept the status quo, and keep wasting resources sending tens of thousands of nonviolent marijuana consumers—a disproportionate number who are minorities—to jail,” Elders wrote.

Kamala D. Harris, the San Francisco district attorney, who is black, joined the opposition last week. Harris, who is running for state attorney general, issued a statement saying that the proposition would encourage “driving while high” and drugs in the workplace.

Enforcement of marijuana possession laws is a touchy topic among many blacks here and nationwide. 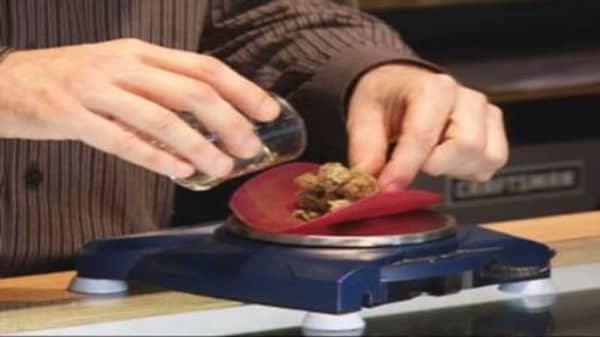 This month, the Drug Policy Alliance—a New York group that is supporting Proposition 19—released a study showing that blacks were arrested for possession at far higher rates than whites in California’s 25 largest counties, often two or three times higher. In those 25 counties, blacks make up 7 percent of the population but accounted for 20 percent of the marijuana possession arrests; in Los Angeles County, which accounts for about a quarter of the state’s population, blacks were arrested for marijuana possession at three times the rate of whites.

At the moment, 1,515 people are in California prisons on marijuana charges, 750 of them black, state corrections officials say.

The study’s author, Harry G. Levine, a professor of sociology at Queens College who has discovered similar trends in marijuana arrests in New York City, said that the impact of those arrests could be profound.

“A criminal record lasts a lifetime,” Levine wrote. “The explosive growth of criminal record databases, and the ease with which those databases can be accessed on the Internet, creates barriers to employment, housing and education for anyone simply arrested for drug possession.”

Rob MacCoun, a professor of law and public policy at the University of California, Berkeley, who has studied marijuana use in America, said there was little doubt that blacks—particularly black men—bore the brunt of arrests for marijuana.

And while MacCoun said he was not certain that a ballot measure was the way to address that inequity, he said the positioning of Proposition 19 as a civil rights issue could be a potent selling point.

“I don’t think it’s decisive for all voters,” MacCoun said. “But I think it’s an important argument, and I think it’s going to carry weight with some people.” 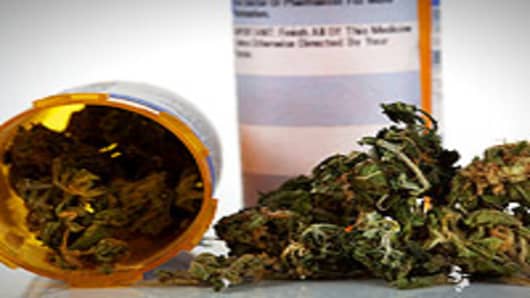 MacCoun was one of several authors of a report issued this month by the RAND Corporation that found that legalization could double the use of the drug in California—of the 15 million Americans who regularly use marijuana, the study found, about 1.9 million of them, or 13 percent, are in California—and slash the price by up to 80 percent.

Opponents of Proposition 19 seized on the report as evidence of the potential damage of legalization. They were also cheered by the Field Poll, taken on July 9, which showed that support for the measure had dropped to 44 percent, with 48 percent disapproving, equal to national levels of support for legalization.

The poll found only 40 percent of black voters backing the proposition with 52 percent opposed. But white people are supporting the measure, 48 to 43 percent.

MacCoun cautioned that polls could be deceptive on the issue, because of the longtime stigma surrounding drug use.

“If you get called on the phone, people may be uncomfortable saying that they support a marijuana initiative,” he said. “But for years, I’ve had people come up to me—grown-ups in corporate America—and say to me, sotto voce, ‘If it were up to me, I’d legalize it.’ “

On the ground, meanwhile, Allen and his followers have continued to campaign against the referendum. At a recent rally on the steps of the state capitol here, several pastors used fiery language to rally a small crowd, calling for Ms. Huffman’s resignation, describing marijuana as “the most sinister drug,” and asking that “the demonic spirits be cast back into hell.”

“How stupid to think that by legalizing a vice it’s going to help the situation,” said Darryl B. Heath, pastor of St. John Baptist Missionary Baptist Church in Sacramento. “This is not a game. A whole generation is at stake.”

For her part, Huffman shows no signs of backing off her support for the proposition, saying her critics “have got their heads in the sand” when it comes to the reality of drug use, and enforcement, in America.

She also scoffed at the notion that she would bend to their calls for her resignation.

“Why in the world would I allow a bunch of locals who don’t amount to anything run me out of office?” she said. “When they come up with a solution, they can look me up.”