The jury is going to be out for a while on how financial reform will impact bank profits, but an early read from Morningstar analysts Michael Wong and Jamie Peters is that "James Gorman & Co." are well-positioned. 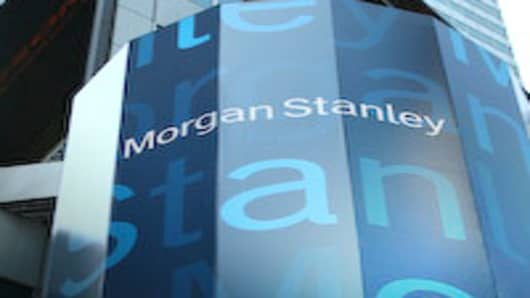 "We believe that Morgan Stanley is the bank that is much less exposed to these changes in regulations," Wong said in an interview with TheStreet.

Gorman took over as chief executive of Morgan Stanley at the beginning of this year, and the bank reported strong second-quarter earnings earlier this week as its trading revenue held up better than analysts were expecting.

Even though the final versions of the reforms called for the Dodd-Frank Wall Street Reform and Consumer Protection Act will take months to emerge — and it will take banks even longer to comply with the laws — long-term investors should be aware of how these regulations will affect each bank's equity.

Wong believes Morgan Stanley and Goldman Sachs will take hits in revenue because of the new over-the-counter derivative and proprietary trading regulations. The pair will also feel the pinch of the Volcker rule's restrictions on hedge fund and private equity investment, although to a lesser extent, he said.

"We don't think that this [the Volcker rule] will be as impactful for these companies in general because they should be able to sell their current stakes in these businesses at fair value and they will still be able to operate these businesses subject to that 3 percent subtier limit," Wong said.

All the banks are expected to look for ways to offset the hits to their bottom lines. Morgan Stanley is pushing further into the fairly decent margin, low capital wealth management business, while Goldman Sachs is bulking up its presence in developing economies, and also trying to expand its asset management business, according to Wong.

Meanwhile, the four big money-center banks — Bank of America, JPMorgan Chase, Citigroup and Wells Fargo — are expected to feel the most pain in their consumer businesses.

Morningstar's Jamie Peters said Regulation E, which goes into effect in August and protects customers from paying overdraft fees, will cost these banks a lot of money.

She also expects the provisions of the CARD Act, which revamps credit card laws, to take a toll; along with changes to the treatment of trust preferred securities when calculating capital ratios, an expected increase in deposit insurance expenses, and the Durbin Amendment, which puts limits on interchange fees that can be charged for debit card transactions.

The Durbin Amendment in particular has big implications for revenue at Bank of America.

"Right now with Bank of America almost 80 percent of its [interchange fee-related] revenue could disappear and it is very meaningful for a lot of the big banks. This is a couple of billion dollars for each big bank," Peters said. "This legislation impacts will have a large impact on return on equity."

Bank of America said late Thursday it expects to record a charge of up to $10 billion in the third quarter because of the interchange fee hit.

Disclosure information was not available for Woehr or her company.