Remember how you heard on Monday's Fast Money that a deal in which Sanofi acquired Genzymeappeared more likely than not?

Well, published reports suggest the board of Sanofi met in Paris on Wednesday and voted to make a formal offer for Genzyme, though the details of the offer were not immediately available.

According to our news partner Reuters, Sanofi's proposal will come in the form of a "bear hug" letter that would lay out proposed takeover terms and try to pressure Genzyme to open negotiations.

Speculation has been running rampant that this would happen since last week; as a result Genzyme shares are up more than 30 percent over the past 5 days.

Investors are betting Sanofi will be willing to pay a hefty premium to acquire Genzyme's portfolio of expensive treatments for rare genetic disorders as well as their pipeline of drugs in development. (Many of Sanofi's current drugs are facing stiff competition from generics.)

According to the WSJ the offer may come in around $75/share. 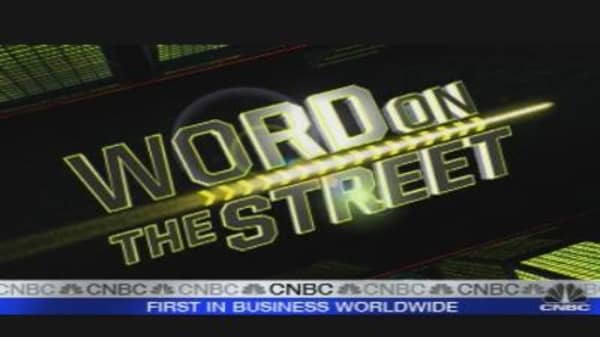 I think a lot of this is priced into the stock, says Jon Najarian. I’m out. Options action suggests to me the deal comes in around this level. I don’t see further upside.

It wouldn’t surprise me to see another bidder, counters Joe Terranova. There’s a great deal of speculation that GlaxoSmithKline could also made a bid. I think it could go to $80.

I look at how far this stock has come, says Karen Finerman. I just see more downside if the deal doesn’t go through then I see upside from another bidder. I wouldn’t get involved either.

ISI analyst Dr. Mark Schoenebaum tells the desk he sees a scenario in which the stock goes to $90. Get all the details. Watch the video now!

The traders suggest keeping an eye on this part of the travel sector after Avis Budget Group offered about $1.33 billion to buy Dollar Thrifty, topping a bid from rival Hertz but falling short of the company's current market value.

Specifically, Avis offered $46.50 a share for Dollar Thrifty -- above the Hertz offer of $39.86 a share, but below Dollar's closing price of $48.68 Wednesday on the New York Stock Exchange.

Hertz and Avis have already begun the process of getting antitrust approval and have both received "second requests" from the regulator.

Dollar Thrifty has become the target of a takeover battle as bigger rivals expand into the highly lucrative leisure market in the current cost-conscious environment.

Shares of Akamai slipped about 6% in extended trade as investors booked profits in this stock, which surged over 30% in the last 3 months.

Akamai, which helps media companies deliver online entertainment by navigating less-congested routes over the Web reported both a rise in revenue and profit.

If you can get Akamai down $3, I like it, says Jon Najarian.

Shares of Symantec slipped 8% in extended trade after the company warned that second-quarter sales and profit would likely miss Wall Street estimates as spending on data storage systems remains weak.

Investors are looking for the next catalyst in this space, says Brian Kelly, and they’re not getting what they want. That’s probably why the stock sold off in the after market.

EAR TO THE WALL: RIM

RIM was a big winner in Wednesday’s session after published reports suggested the Blackberry maker is set to unveil a long-awaited touch-screen handset designed to battle with Apple's spacer popular iPhone as soon as next week.

Called the Slider 9800, reports say the handset will be carried exclusively by AT&T and should go on sale in time for the holiday season and perhaps in time for back-to-school, the report said.

"The timing makes sense (for this to be the 9800 launch)," says Avian Securities analyst Matt Thornton. "The earlier they are going to say it is going to be available on the shelves the better. They don't want to miss one of the key seasons," he adds.

If RIM can prove that they can make a decent touch screen it’s probably all they need to turn investor psychology, says Tavis McCourt of Morgan Keegan. It has a chance of being a very strong product.

Our research shows that short sellers are targeting this sector – with big money making big bets that five firms are heading lower.

That makes me think downside is limited in the stocks mentioned above because I think we may be looking at a short squeeze, says Joe Terranova.

The traders are watching weakness in metals after steel maker Arcelor Mittal said third-quarter profit could slump as much as 30% if China's economy slows and demand from Europe grows substantially weaker.

I don’t see the slowdown in China, says Steve Cortes. Nobody is talking about China like this except Arcelor Mittal.

Was Wednesday’s pullback a sign of weakness to come? Or is it the pause that refreshes. For insights we turned to David Levy of The Jerome Levy Forecasting Center. 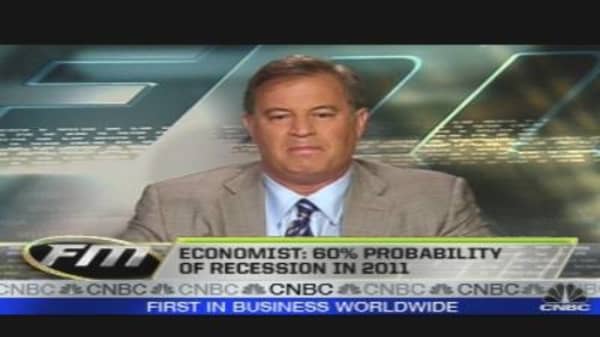