The Senate passed long-delayed legislation Thursday designed to open up credit to small businesses and award them with other incentives to expand and hire new workers. 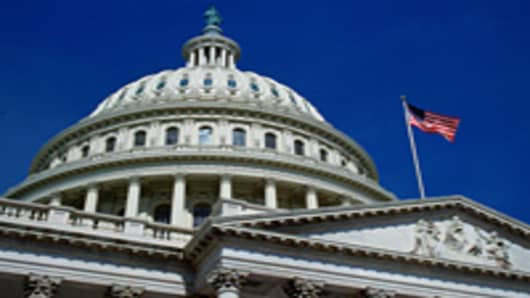 Democrats won a 61-38 vote to pass the legislation, joined by two Republicans. The measure would establish a $30 billion government fund to help open up lending for credit-starved small businesses, cut their taxes and boost Small Business Administration loan programs.

The tally gives President Barack Obama and his besieged Democratic allies in Congress a much-sought—but relatively modest—political victory with less than seven weeks to go before Election Day.

"At a time when small business owners are still struggling to make payroll and they're still holding off hiring, we put together a plan that would give them some tax relief and make it easier for them to take out loans," Obama said Wednesday.

The new loan fund would be available to community banks to encourage lending to small businesses. Supporters say banks should be able to use the fund to leverage up to $300 billion in loans.

The loan fund is opposed, however, by most Republicans, who liken it to the 2008 bailout of the financial system. They warn it would encourage banks to make loans to borrowers who aren't good credit risks.

Democrats say the measure is needed to help small businesses cope with a credit crunch that worsened dramatically after the financial crisis two years ago.

The measure had been delayed for months and was successfully filibustered by Republicans in July. But on Tuesday, Democrats cracked the filibuster with the help of two Republicans, Sens. George Voinovich of Ohio and George LeMieux of Florida. That set the stage for Thursday's vote.

Too Late for Election Day?

After Senate passage, the bill would return the measure to the House, which is likely to approve it for Obama's signature. 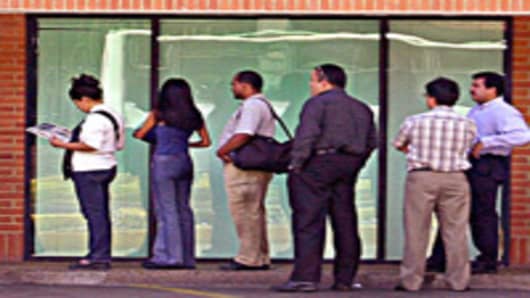 The bill is advancing too late to help lower a 9.6 percent nationwide unemployment rate before Election Day. It follows successful efforts this year to provide a temporary payroll tax holiday to companies that hire the jobless, and to extend assistance to the unemployed, cash-starved state governments and local school districts.

Democrats had hoped to pass the bill in July but couldn't win any GOP converts. They fell just short of defeating a filibuster that was called because Democrats blocked Republicans from offering unrelated amendments.

"There are many good things in this bill, but I believe it could have been better," said Sen. Charles Grassley, R-Iowa. "Unfortunately, the Democratic leadership has been more interested in scoring political points than actually providing relief to small business."

Grassley wanted the measure to have additional tax cuts, including a 20 percent tax deduction off their earnings.

The small business tax cuts in the bill include breaks for restaurant owners and retailers who remodel their stores or build new ones. Long-term investors in some small businesses would be exempt from paying capital gains taxes.

But in the near term, the bulk of the tax cuts would actually go to big companies to allow them to more quickly recover the costs of capital improvements through depreciation.

The measure also would allow small business owners to deduct the costs of health insurance for themselves and their families from self-employment taxes, but only for the 2010 tax year.

Much of the bill would be paid for by allowing taxpayers to convert 401(k) and government retirement accounts into Roth accounts, in which they pay taxes up front on the money they contribute, enabling them to withdraw it tax-free after they retire.

Before passing the measure, Democrats rejected a GOP bid to permanently extend the research and development tax credit. Adoption of the amendment would have meant delays for the underlying small business jobs bill.