Fed's Intervention Will Make 'Everything' Go Up: Tepper 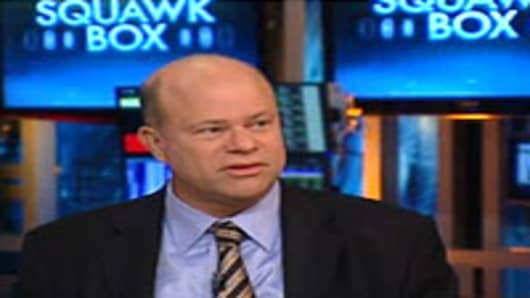 Even though market reaction has been tepid, Tepper said this week's Federal Reserve Open Market Committee statementreflected a clear "put"—or the equivalent of an options play in which the government will do whatever it needs to keep the capital markets from sinking below a designated level.

"What, I'm going to say, 'No Fed, I disagree with you, I don't want to be long equities?'" said Tepper, president of Appaloosa Management in Short Hills, N.J., which oversees $12.4 billion in client assets. "We're a bond place, but we changed up to a little bit more equities recently."

Tepper's fund made $7.5 billion last year on a return of 132 percent, made mostly by betting on a resurgence in financials. He said the choice was easy—he simply followed the government's telegraphed moves that it was going to buy bank equity to make sure the industry did not completely collapse.

The same situation exists this year, as exhibited by the Fed's announcement Tuesday that many analysts interpreted as a clear signal that the Fed was bout to embark on a second round of quantitative easing.

"Then what's going to do well? Everything, in the near term (though) not bonds...So let's see what I got—I got two different situations: One, the economy gets better by itself, stocks are better, bonds are worse, gold is probably worse. The other situation is the fed comes in with money."

Tepper, who is notoriously shy when it comes to granting interviews, appeared to move the market as he spoke, with Dow futures gaining about 30 points.

"You talk about when you get moments," he said, referring to the Fed statement. "This might be one of those—kind of."