Driving A Tough Bargain In the Vintage Car Market 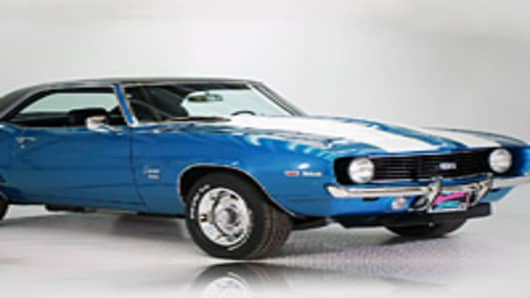 "With 20-20 hindsight, if I had known eighteen months ago that my 401(k) was going down the toilet, I would have taken that money and invested in vintage cars," says David Schultz, a board member at the Classic Car Club of America.

With many experts announcing that the bottom of the market has passed, dealers and investors are beginning to take Schultz's advice.

“Last month a customer said he wanted to spend $1 million on vintage cars,” says Jay Grams, co-owner of the Volo Auto Museumin Illinois. The customer, whom Grams calls a “hardcore investor,” is one of many looking to transfer money from traditional, underperforming investments such as real estate, equities or bonds into autos.

Despite taking a big hit during the recession, the vintage car market has “absolutely hit a bottom,” he says. Grams' business has been aggressively building inventories over the past three months, as well as adding to the family's private collection.

Grams says it’s the best market he’s seen for buyers in years, with demand on the rise but prices still relatively low. Despite an uptick in the number of cars being sold—the dealer’s September sales volume was among the top five in Volo’s 50-year history—prices are still at a 25-30 percent discount to four years ago.

However, experts disagree on where the market will be in two to three years. Grams says those who buy today will be sitting on some very healthy returns in three years.

Ron Christenson, who has been auctioning cars for 30 years at MidAmerica Auctionsin Minnesota, is less optimistic. He doesn't expect the vintage car market to ever see the inflated highs of 2007 again.

Debate aside, in general, there are four key drivers to value, whether one is evaluating a car built in 1920 or 1990: what it sold for new, design, engineering and demand, says Schultz.

Although the most rare vehicles traditionally bring in more, scarcity and desirability don't necessarily go hand in hand. 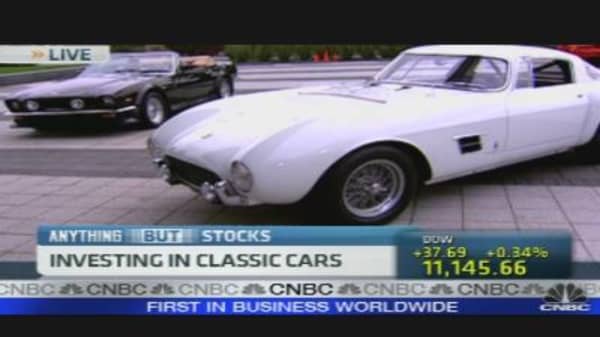 For a classic example of this mantra, Schultz of the CCCA turns to muscle cars. High-performance two-doors like Dodge Chargers and Pontiac GTOs from the 60s and 70s reached the height of their popularity recently, appealing to baby boomers who could relate to these cars from their youth.

"You give me $50,000, I wont go near a muscle car," says Schultz, who calls it a "fool's market." He adds the vehicles are neither rare nor particularly well built.

For a more promising investment, Christensen, for one, suggests turning to overlooked, less exciting cars.

He points to restored Chevy and Ford four-door sedans from 1917 to 1927, whose prices are off 40-50 percent from recent highs.

Demand for the cars is dying off—literally. In as much as investors often turn to cars they can relate to, these 80 to 90-year old vehicles have few living admirers.

For a safe bet, Grams suggests avoiding speculating on cars that have historically underperformed. He thinks those most likely to recover their value are vehicles in the $30,000-$50,000 range that have already proved their popularity, such as ’55-’57 Chevys.

Regardless of year, make or model, one universal truth is that original, unrestored vehicles are the most-sought after, according to Christenson.

"You can restore a car as many times as you want, but it's only original once,” he says. Rarer and more desirable, an original will fetch double or triple the amount as its restored counterpart.

No matter where one looks for a car—through a dealer, auction outfit, trade magazine or online—it is a buyer-beware situation.

“This is a business where the investor is in a sea of sharks disguised as mermaids,” says Brian Topp, sales manager at ProTeam, the world's largest Corvette dealer.

Grams, also a dealer, warns the recession has created a group of “desperate dealers” who took on too much debt during the boom years. Now in deep financial trouble, they may do everything they can to make a deal.

No surprise then that all the experts say due diligence is required.

“The key is to find out how accurate a car is from the day it was built,” says Christenson, who suggests tracking down the build sheet, which contains a make and model’s original specs. If the car has been restored, ask for pictures before restoration.

The market is flooded with what Schultz calls "Frankensteins." A mechanic may put a V8 engine in a car that started as a 6-cylinder and call it a muscle car, for example.

To avoid getting swindled and involved in a lawsuit, spend extra cash to ensure that what you’re buying is the genuine vehicle, says Christenson. Hire appraisers, mechanics or restorers to inspect it. Buy vehicles with solid documentation, such as verifiable factory paperwork or certification from national restoration societies.

Although sites like eBay have made car buying easy, Schultz says he wouldn’t buy a car online unless he personally knew the owner and the car.

Auctions can be a great place to get a good deal and get into trouble, says Grams, adding emotional enthusiasts can easily forget about the buyer’s fee of 5-15 percent added to auction items.

Christensen, an auctioneer, admits auctions are not for the timid. "Be bold and ask sellers about their cars,” he says. “If you sit in a corner and wait for a car to come up, you’re doing yourself a disservice." (Slideshow: Classic Cars Up For Auction)

Before heading to auction, experts agree that the best way to enter the market is to join one of the thousands of collector’s clubs across the country. Some, like the Antique Auto Club of America, are all-inclusive, accepting everyone from Model T buffs to Duisenberg aficionados. Schultz says there are thousands of local more exclusive clubs devoted to specific brands of automobiles.

Joining a club allows an investor to get inside what Schultz calls a “fraternity of enthusiasts,” who can help novices find the right car, get informed and get excited. 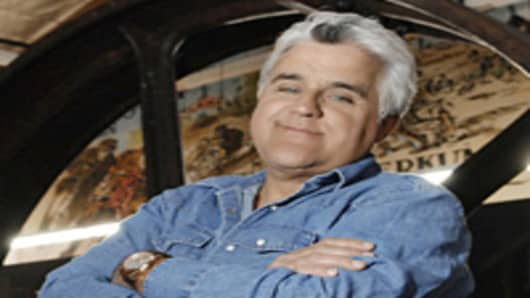 You may even bump into talk show star and avid collector Jay Leno—seen at the 2009 Pebble Beach classic car show in California—who keeps his collection of 100-plus vehicles in a special garage.

"There’s no real reason to buy them at an auction and pay a commission, because you can probably find a car very similar to that on the open market," advises Leno. "My thing is if you’re really looking for a collector car, contact the club. If you’re looking for a Corvette, contact the Corvette club."

The cost of entry is not prohibitive, but just because you can afford to get into this market doesn’t necessarily mean you should. (Slideshow: Priceless Vintage Cars)

"I don’t buy cars to invest in them," the CCCA's Schultz says. "Very few people I know buy cars as an investment. If you make a profit, it’s a miracle."

Unlike a traditional investment, cars require maintenance that can add up to thousands of dollars a year, eclipsing any appreciation, which typically averages about five percent annually, according to Grams of Volo.

What's more, investors without a spare garage can expect to pay $2,400 a year for storage and close to $1,000 on insurance, as long as mileage is kept under a couple thousand a year.

“It’s not as easy as buying some coins and properly storing them,” Christenson says, “They don’t deteriorate like an old car does.”

"If you buy a car you like and it goes down in value, at least you have something you like," says Leno. "And if you’re any sort of car aficionado, if you buy something you like, there’s a good chance other people like it too. So you might not make any money on it, but you probably won’t lose anything on it."

(Editor's Note: This article was updated since its original publication in September 2009.)