The Michelin guide's annual listing of the "Bib Gourmand," or "good food at moderate prices," proves that haute cuisine doesn't necessarily come with a hefty check.

The list, added to the renowned restaurant guide in 1955, doesn't include the three star heavy hitters, like New York's Le Bernardin and Jean Georges, which top the main list. Instead, it highlights restaurants that didn't make the star-rating cut but are considered a great value for what they offer. 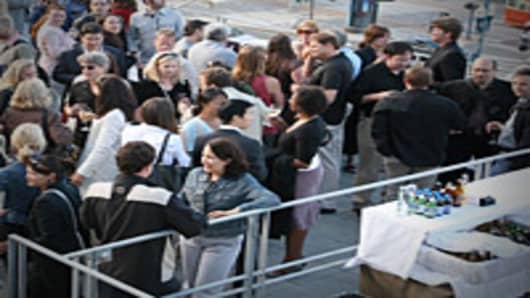 The definition of "value" is adjusted for the cost of living in each city; in New York, a restaurant must provide two courses and a wine or dessert for $40 or less (before tax and tip) to be in the running for "Bib Gourmand" status.

With 21 additions to this year's Bib Gourmand list, New York City now has 95 total — among the highest number of any city in the world. Tokyo boasts the most Michelin-rated restaurants, with 97 starred restaurants total – 11 of them three stars.

The list of Bib Gourmand has swelled in recent years, coinciding with a decline in the number of people dining out.

Fine dining restaurants were hit the hardest during the recession, followed by casual dining restaurants that specialize in a few pricier offerings such as seafood and steak, according to Chicago firm Technomic, which tracks the restaurant industry.

Fast-food restaurants have been affected the least by diners tightening their belts: traffic has remained unchanged at fast-food chains from two years ago, when it fell 2 percent.

"It used to be stuffy, and also very rigid," Boulud said of the Michelin rating system. He said that diversification in the types of restaurants featured in the guide have made the ratings more accessible, if not easier to attain.

"Change came very slowly," he said, "like a mammoth moving a little bit. But now they are like a bunch of leopards. They are gravitating to a lot of directions or platforms to make people comfortable with the idea of Michelin."

Boulud founded Daniel 17 years ago. The fine French eatery on Manhattan's Upper East Side was upgraded to three stars in the 2010 edition of the Michelin guide after a four-year run in the guide at two stars. The upgrade marked the personal high point of Boulud's career, and is his most coveted award.

"I worked in a three star Michelin [restaurant] in France with the greatest chef and it has been my ambition to be one of them," he said of the recognition. "Today, I am one of them."

The guide makes its rankings based on detailed documentation from its professional — and steadfastly anonymous — inspectors. 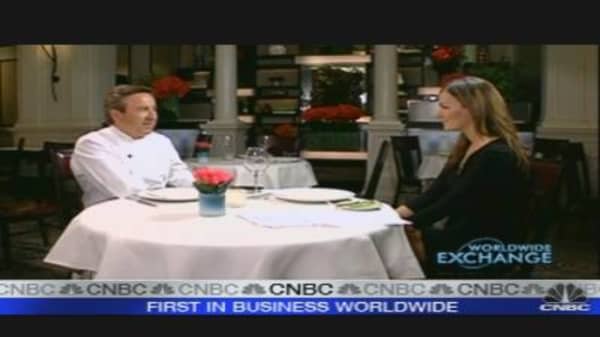 Their reports are boiled down into one, two and three star ratings and then published in the new edition of the guide every June. It's not uncommon for restaurants like Daniel to be upgraded over time; or, like New York's Adour and Del Posto in recent years, to be demoted.

The guide is touted as the most discerning and accurate of all restaurant guides because of its anonymous inspection and uniform standards.

"A three star in America is compatible with a three star in France, Japan, or Italy — which is really the best of the best," Boulud said.

His customers regularly ask him for recommendations of restaurants to visit while they're abroad based on the star ratings. "Many of my customers ask me where I can go in Paris and get a really good one star meal, and that's the purpose of Michelin."

Boulud has since expanded globally, opening his first restaurant in Beijing three years ago. He said that the experience has been different there than in New York, where he self-finances new projects.

"If I want someone to finance my restaurants and want to be profitable from day one, I have to go out of town," he said. Boulud plans to add restaurants soon in Palm Beach, Miami, Vancouver and Singapore.

Oversaturation is always a concern, so Boulud and his 1,000 employees grow and expand at their own pace.

"You keep picking and moving and opening at a pace you can afford to do," he said, and, that way, "you do not really dilute your brand or your control. And as you continue to expand and continue to keep your brand airtight — where are you looking to for further expansion? Is there any cuisine you'd like to get into?"

Boulud's next moves in New York include a food store and a Mediterranean grill. "I want to get away from pork and butter and make a very different restaurant so people feel like it's new and different," he said.

Dining traffic should stabilize in the third quarter and start to recover in the final three months of the year — according to market research firm The NPD Group — which is good news for restaurateurs like Boulud with plans for expansion.