David Stockman: I Invest In Anything Bernanke Can't Destroy

“I invest in anything that Bernanke can’t destroy, including gold, canned beans, bottled water and flashlight batteries," David Stockman tells Jennifer DePaul of the Fiscal Times. 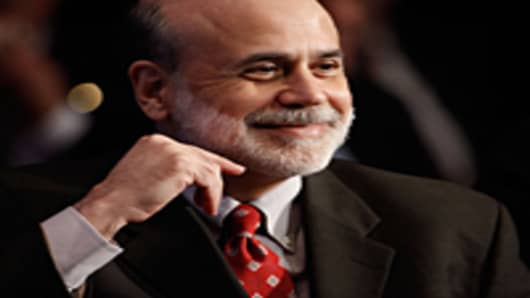 Stockman rose to fame as a Hayek quoting Congressman who became Ronald Reagan's budget director. His conversations with journalist William Greider created a firestorm because Stockman was deeply critical of the Reagan administration's supply-side budget practices. These days he's working on a book about the financial crisis.

I can't find anything to argue with in his assessment of our current troubles:

We are not in a conventional business cycle recovery, so stimulus is futile and just adds needlessly to the $9 trillion of Treasury paper already floating dangerously around world financial markets. Instead, after 40 years of profligate accumulation of public and private debt, and reckless money-printing by the Fed, we had an economic crash landing, which left us with an enduring structural breakdown, not just a cyclical downturn.

In effect, we undertook a national leveraged buyout, raising total credit market debt to $52 trillion which represented a 3.6X leverage ratio against national income or GDP. By contrast, during the 110 years prior to 1980, our aggregate leverage hugged closely to a far more modest ratio at 1.5 times national income.

The only solution is a long period of debt deflation, downsizing and economic rehabilitation, including a sustained downshift in consumption and corresponding rise in national savings.