For graduating MBA students five years ago, the path may have been predictable: accept diploma, sign onto a six-figure income with a major investment banking firm, and begin 18-hour workdays. 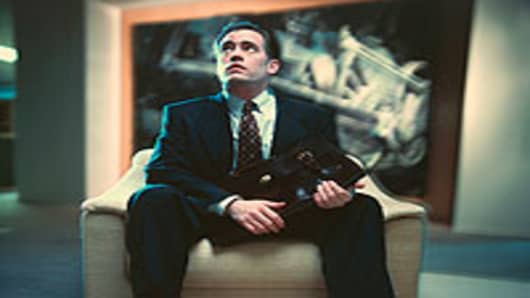 For MBA students graduating this year, the plot is the same but the setting has changed.

Students are now packing their bags for Shanghai, Hong Kong and Indonesia, rather than New York, Los Angeles or San Francisco.

At a roundtable discussion at the Wharton School of the University of Pennsylvania, Dean Thomas Robertson said that 25 percent of the school’s graduates will go on to take jobs in other countries.

“The industries they are going into are diverse and they’re going in at levels which, for the most part, are not reflected in the jobs report," Robertson said.

Graduates “are really looking globally to see if that is where the opportunity lies for them and (trying) to find jobs in those places that have growing economies,” Daniel Kim, a second-year student at the Wharton School, added.

It’s not just U.S. students who are accepting jobs abroad, said Robertson. Three years ago, many of the school’s international students stayed in the country after graduation to gain U.S. experience and work in American businesses, he said.

Some of this year’s graduates will still stay, but “many of them are going back, almost immediately to India and China because the employment markets are so robust and those economies are doing so well,” he added.

Almost 40 percent of the MBA candidates at the Wharton School are international students.

"So, it's not just U.S. students who may be accepting jobs in Mumbai or Shanghai, it is indeed the Indian and Chinese students who are going home,” Robertson said.

Picking up the Tab

The way students finance an MBA degree has changed in recent years, as well. Many employers have stopped investing in secondary education for their employees, forcing students to take on tuition — which can run upwards of $50,000 per year — themselves.

“This is a different paradigm that we would have seen a generation ago,” Wharton Professor of Management Peter Capelli said. “The employers are not going to make the investments for you, you have to do them yourselves. People are thinking about themselves as their own little (profit and loss).” 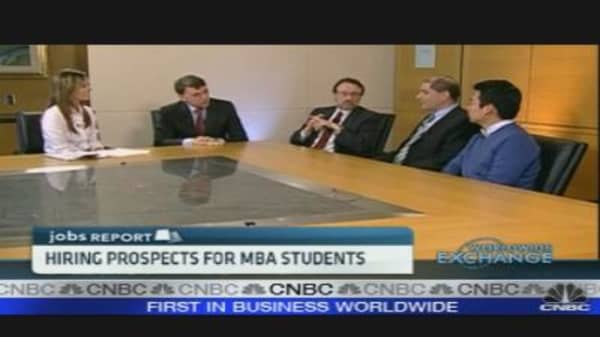 But hiring of MBA graduates suggests that the degree is still a sound investment. After a few years of dismal hiring prospects, the Wharton School has seen an rise in on-campus recruiting this year.

"Consulting firms are back and very excited to meet our students," to J.J. Cutler, head of Wharton’s MBA Admissions and Financial Aid and Career Management Office, said.

During the recession, many companies had to pare back on recruiting, but still made the trip to Philadelphia due to the Wharton School’s prestigious brand.

Dean Robertson said that the cutbacks began with the demise of Lehman Brothers in October 2008. “Things were rough for students graduating in May of 2009. That was a tough year,” he said.

Robertson and his Wharton colleagues feel more confident about the job prospects that wait for this year’s graduating class. They expect a return to their normal job placement rate of 90-95 percent, up from a dip to nearly 80 percent in 2009.

According to Cutler, the average salary awaiting a Wharton graduate is $110,000, plus an additional bonus of about $20,000.

For those students who don’t have a job lined up immediately after graduation, Capelli said that the delay is often not because they didn’t receive offers but because they weren’t offered a job they wanted.

Some students worry about the first job they take and where that will position them later in their careers, he said, “so, they're a little picky. As the economy gets better, they get pickier, and as it gets worse, they get a little less picky.”

Move to the Boutiques

There has also been movement from large, well-known firms — many of which went under during the recession — to smaller boutique firms.

“I think a lot of it is students want non-traditional jobs,” Kim said. He added that many of these jobs don’t follow the normal recruiting cycle, so they often come about a little later than more traditional jobs.

The job placement rate at the time of graduation doesn’t account for the students who are three or four months out from MBA school and then find the jobs they want.

Hiring of MBA students has bounced back, just in less obvious sectors and in less obvious places in the world, Robertson said, adding that that even finance, long the bread and butter of the MBA degree, has changed.

“Many, many of our students are still in finance but maybe not in the same investment banks they were years in five years ago. It's a more diverse portfolio of financial services.”

Kim has noticed this shift in priorities among his peers as well. "I think our generation, or the students around our age, are not really looking to do investment banking, consulting, those traditional jobs as much as much as the previous generation of MBA students,” he said.

“They're really looking to make an impact in society through social impact, and also to do things that interest them and that are unique to them.”