The latest issue of Rolling Stone is out with a devastating portrait by Matt Taibbi of the foreclosure process in Florida. If it pierces the public consciousness the way Taibbi’s articles on AIG and Goldman Sachs did, it could be a game-changer. 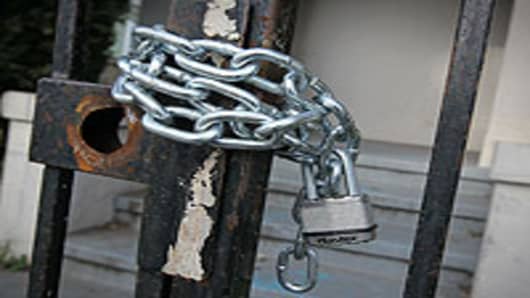 The set-up is pretty simple. Taibbi goes down to Florida and sits in on one of the make-shift foreclosure courts Florida has set up to deal with the enormous volume of foreclosure cases in the state. It’s really just a small conference room run by a formerly retired judge who has been brought on to speed through foreclosures.

Taibbi discovers far worse than sloppy paperwork on the part of banks—although he discovers plenty of that too. He discovers that the foreclosure process is heavily skewed to favor the banks. If a homeowner doesn’t show up to defend himself or herself, the judge issues the foreclosure order. If the bank fails to send a representative, he just pushes back the date. When a bank submits a trail of ownership of the mortgage note that makes no sense, it just comes back later with a different set of ownership documents.

This is the dirty secret of the rocket docket: The whole system is set up to enable lenders to commit fraud over and over again, until they figure out a way to reduce the stink enough so some judge like Soud can sign off on the scam. "If the court finds for the defendant, the plaintiffs just refile," says Parker, the local attorney. "The only way for the caseload to get reduced is to give it to the plaintiff. The entire process is designed with that result in mind."

Is this a fair portrait of the foreclosure process? We have no idea. But it may well wind up changing the politics of foreclosure in a way that could make it far costlier for a bank to foreclose on a homeowner. Depending on your point of view, that could either convince banks to be more open to loan modifications or keep the housing market in turmoil for even longer. But poison or pure, this apple looks ripe for the picking.

By the way, Taibbi’s success at piercing through the public consciousness tends to bother financial reporters. (I’ve had occasion to duke it out with him in the past on the issue of naked short selling.) But he is a good story-teller and a thorough reporter who obviously takes time and effort to learn about his subjects. Importantly, he doesn’t let his stories get bogged down in technical jargon—one of the errors that makes so much financial journalism boring.