The trustee seeking money for victims of Bernard L. Madoff’s fraud has sued Sonja Kohn, an Austrian banker, seeking $19.6 billion in damages and accusing her of masterminding a 23-year conspiracy that played a central role in financing the gigantic Ponzi scheme. 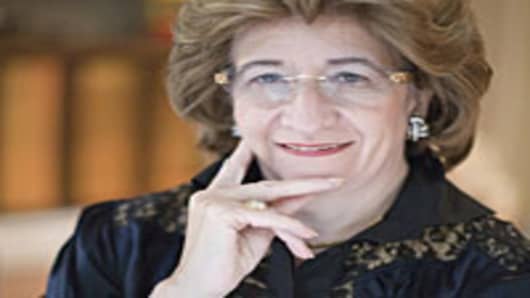 Amid an avalanche of lawsuits filed in recent weeks as the trustee nears a Saturday deadline to file claims, the complaint against Ms. Kohn stands out for its stark allegations of criminal behavior and the size of the financial recovery sought.

“In Sonja Kohn, Madoff found a criminal soul mate, whose greed and dishonest inventiveness equaled his own,” said Irving L. Picard, the trustee.

In the lawsuit, filed on Friday in federal bankruptcy court in Manhattan, the trustee contended that billions of dollars of other people’s money poured into Mr. Madoff’s fraud through these conduits — and tens of millions poured out in the form of fees and “kickbacks” to Ms. Kohn from Mr. Madoff.

The 157-page complaint claimed that about half the fraud’s stolen funds — $9.1 billion out of an estimated total of $19.6 billion — was directly attributable to Ms. Kohn, her family members and their elaborate portfolio of so-called feeder funds.

The amount makes “these actors arguably the single most critical building block — the ’sine qua non’ — of the Ponzi scheme,” said Timothy S. Pfeiffer, a partner at Baker & Hostetler, the trustee’s law firm.

The lawsuit is the first brought by Mr. Picard to include allegations that defendants violated Racketeer Influenced and Corrupt Organizations Act, a federal law originally enacted to combat organized crime. Better known as RICO, the statute is a powerful tool that provides a means for corralling far-flung but interconnected entities into a single lawsuit. It also permits the recovery of triple damages.

With a bouffant red wig and a combative personality, Ms. Kohn, now 62 years old, stood out in the discreet world of European private banking. Well-connected in both financial and government circles in Austria, she cultivated relationships well beyond her Mitteleuropean base, speaking at least four languages and possessing a gold-plated Rolodex of socialites, industrialists and financiers. Based in Vienna, Ms. Kohn traveled frequently to the Continent’s financial centers in Zurich, Milan and London and more recently developed a base in the offshore hedge fund centers in the Caribbean .

Like other key figures in Mr. Madoff’s circle, Ms. Kohn promised clients she could gain access to his funds while rival bankers could not, and frequently boasted of her close personal friendship with him.

“She characterized herself as ‘Austria’s woman on Wall Street’ and the gateway to Madoff,” the complaint said.

Mr. Picard has until Saturday — the second anniversary of Mr. Madoff’s arrest — to file claims against any entity that withdrew cash profits from the Ponzi scheme or that may have played a role in facilitating the fraud. In the last two weeks, he has filed actions against three of the world’s largest banks — UBS, JPMorgan Chase and HSBC , accusing them of ignoring clear signs of fraud in their dealings with Mr. Madoff and his various feeder funds.

All three banks deny the charges and say they will vigorously fight the accusations in court.

Including the lawsuit against Ms. Kohn, Mr. Picard has filed actions seeking to recover more than $50 billion for eligible victims. Thus far, he’s recovered about $2.6 billion through settlements and asset sales.

Ms. Kohn, a Vienna native, first met Mr. Madoff in 1985 when she was living in Monsey, N.Y., and working as a stock broker at Merrill Lynch. She was introduced to Mr. Madoff through an executive at Cohmad Securities, a Madoff-related brokerage firm that has also been sued by Mr. Picard.

The lawsuit claims that Ms. Kohn knew from the beginning that Mr. Madoff was a fraud, and that she received secret kickbacks from him in exchange for feeding him cash from other investors. It contends that she had a secret agreement with Mr. Madoff in which he paid her a flat fee — usually more than $6.5 million annually — to solicit investors. 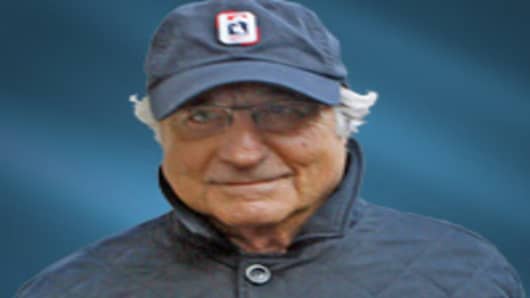 “By 1990, the Berlin Wall had come down and Kohn identified new opportunities to solicit investors for [Madoff] from Eastern and Central Europe, particularly her ancestral home Austria,” the complaint said.

In 1993, Ms. Kohn left New York and returned to her native Austria to tap the rich vein of European wealth for her New York business associate, Mr. Madoff.

“No Ponzi scheme can survive without a constant influx of fresh capital” and Ms. Kohn’s enterprise “provided a torrent of cash flow for Madoff,” the trustee asserted in the complaint.

In 1994, Ms. Kohn formed Bank Medici, an Austrian bank that the trustee contends was nothing more than a conduit set up for the sole purpose of funneling money into Madoff through several so-called feeder funds. Those funds, including Harley International, the Herald Fund and Optimal Multiadvisors, delivered strong returns to the insurance companies and pension funds that invested in them.

Bank Medici was 25 percent owned by Bank Austria and was effectively a “de facto” branch of the country’s largest bank, the trustee claims.

The association with Bank Austria gave Ms. Kohn and Bank Medici an imprimatur of legitimacy when recruiting investors. Both Bank Austria and its now-owner UniCredit, Italy’s largest bank, are named as defendants in this lawsuit an in an earlier complaint the trustee filed against HSBC, the London-based global bank.

A spokeswoman for UniCredit and its Bank Austria unit in Italy and a lawyer for Ms. Kohn in Vienna did not immediately respond to messages left at their offices.

According to the complaint, Mr. Madoff paid Ms. Kohn at least $62 million in kickbacks — and likely many times that amount — in exchange for help in signing up investors whose cash could sustain his Ponzi scheme.

The complaint also asserted that Mr. Madoff kept secret records of his dealings with Ms. Kohn , hiding them from other people at his firm and destroying them before his confession and arrest two years ago. Some former employees kept copies of the records, which listed the specific accounts that Mr. Madoff attributed to Ms. Kohn, it said.

The trustee claimed that Ms. Kohn took great pains to distance herself and her family from the Ponzi scheme. Neither she nor her relatives ever established a direct account with Mr. Madoff, according to the complaint.

As the Ponzi scheme neared collapse in the fall of 2008, the feeder funds controlled by Ms. Kohn began making large withdrawals from Mr. Madoff, the trustee said, including a single $423 million transfer just one month before federal agents arrested Mr. Madoff.

In the months before the fraud’s collapse, Ms. Kohn and her husband planned to move to Switzerland with stolen proceeds, the complaint said.

In Europe Ms. Kohn lived lavishly, with regular stays at Claridge’s, the five-star London hotel. She also spent a considerable amount of time in Switzerland, a common hunting ground for private bankers. But Ms. Kohn also was able to penetrate successfully another close-knit milieu there, newly rich Russian oligarchs. After she went into hiding following Mr. Madoff’s fall, other bankers suggested it was because she feared retribution by her Russian clients.

The complaint says that since Mr. Madoff’s arrest, Ms. Kohn has not traveled to New York. Several members of her family, including her husband, her mother,a son, a daughter and two sons-in-law were also named as defendants in the lawsuit. According to the complaint, several of them invoked their Fifth Amendment rights more than a hundred times during depositions with the trustee’s lawyers last year.