Twitter's New Financing, VC Backer, and Next Leg of Growth

It'll be a big 2011 for Twitter — the company just closed a new round of $200 million in financing that values the company at $3.7 billion. And Twitter's not just getting an infusion of cash, it's getting two well-connected, experienced board members, and the support of a powerhouse VC fund. Dick Costolo was appointed CEO of Twitter in early October, clearly with the intention of generating profits from Twitter's popularity.

All this news adds up to one key point: Twitter is getting serious about making money. 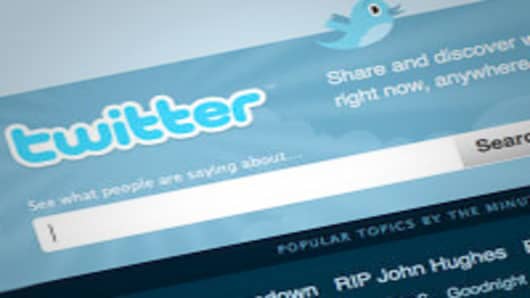 The fact that VC fund Kleiner Perkins Caulfield Byers led this round of financing is meaningful. In his blog post on the funding, CEO Dick Costolo points out the firm's "track record of helping build great companies, ranging from Amazon to Zynga." Notably, Kleiner's team has expertise in mobile, social, and Internet platforms — all areas which could help Twitter grow.

The company also appointed two new board members who bring a mix of experience. Mike McCue, formerly CEO of Tellme Networks is currently CEO of Flipboard, and worked at tech giants Netscape and Microsoft . And since Twitter will need to ramp up its ad efforts, it makes sense that they've added David Rosenblatt, the former CEO of DoubleClick and a former Google exec.

What does the company need the money for? 1) Growth: Twitter added more than 100 million new registered accounts and users sent 25 billion Tweets in the past 12 months. 2)Monetization: There's no question that Twitter is popular, and early ad efforts have been successful. But now Twitter's at a point in its lifecycle where it has to turn that profitability into profits. It has the proper CEO, now we'll see how it puts those funds to work.