President Obama remains more politically resilient than mid-term election setbacks suggest— and his adjustment to those setbacks may be helping him.

That’s the conclusion of a new NBC News/Wall Street Journal poll, which shows the Democratic incumbent leading prospective Republican challengers for 2012 and benefiting from the tax-cut compromise he has struck with Republican leaders. Roughly two-thirds of Americans said Obama has “gotten the message” from voters in November. 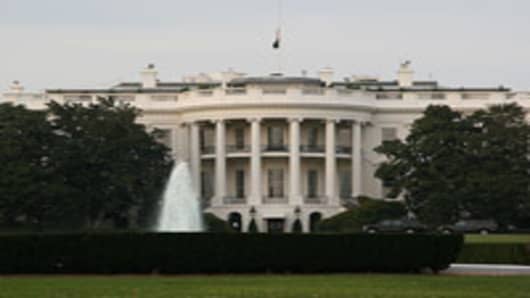 Though Americans rebuked his economic performance in the election, they fear the consequences of a “failed presidency” and “don’t want to throw him under the bus.”

Obama’s overall job approval remains tepid at 45 percent, around its level for much of the year. But 72 percent of Americans said they like him personally, whether or not they agree with his policies.

Mr. Hart, the Democratic pollster, observed that Americans are still “trying to figure out if he’s tough enough” to handle the challenge of leading a weak economy to prosperity. Economic fears are so pervasive as to outrank memories of 9/11 when Americans are asked about events of the past decade that affected them most; 39 percent pointed toward the recession, compared to 33 percent who cited the terrorist attacks on American soil nine years ago.

Yet in the compromise he struck with Republican leaders on taxes—to extend all the Bush tax cuts for two years while temporarily cutting workers’ payroll taxes and extending unemployment benefits—Obama may have found a formula for bolstering support on the economy.

By 59 to 36 percent, Americans said they support the agreement—a margin that helps explain why a bipartisan majority of 81 senators approved the package. Despite loud resistance from some House Democrats, the package is expected to pass that chamber as well and go to the president for his signature.

Six in 10 poll respondents called the package “a fair compromise on both sides”, nearly double the proportion saying that either Obama or Republican leaders “gave up too much” in negotiations. And if it fails to win approval, just 15 percent of Americans said they would fault Obama, compared to 70 percent who said they would hold either Republicans or Democrats in Congress responsible.

The telephone survey of 1,000 adults, conducted December 9-13, carries a margin for error of 3.1 percentage points.