The economic turmoil that roiled Europe last year resulted in big profits for some major U.S. hedge funds, as traders bet correctly on dips in the euro, falling bond yields at home, and other global events. 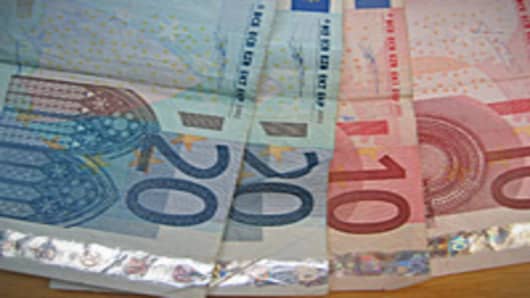 The ability to make quick maneuvers to respond to individual events paid off in 2010 for firms like Caxton Associates, say some macro hedge-fund managers, whereas wrong bets on U.S. monetary policy and an inability to exit losing positions fast enough hurt others.

A number of smaller macro hedge fund managers like Element Capital—who bet on global market trends like shifts in bonds, currencies, and commodities—churned out double-digit performances, according to initial reports on 2010 results, while some of the multi-billion dollar funds reported solid, if not standout, performances.

Caxton Global Investments, the flagship fund at Caxton Associates, which has $10.5 billion under management, was up nearly 10 percent at the end of the year, according to someone familiar with the fund’s results.

And Element, the smaller New York hedge fund run by a little-known fixed-income trader named Jeff Talpins, blew away many of its competitors with returns of roughly 27 percent as of December 15, according to a preliminary reckoning of the fund’s results.

Element held on to those gains in the final weeks of the year, according to someone familiar with the firm’s performance.

The Caxton fund’s success last year was due partly to nimbleness and partly to some prescient calls on global currencies and interest rates in the U.S. and abroad, say people familiar with its strategy.

For instance, say these people, shortly after euro zone officials revealed a nearly $1 trillion bailout package for the region’s struggling economies in early May, Caxton chief investment officer Andrew Law directed traders to short the euro. Though the currency rallied in the immediate aftermath of the announcement, the short trade paid off handsomely in the days that followed, added these people.

Moore Macro’s impressive returns came as part of a more muted year for Moore Global, which is also run by Louis Bacon and manages close to $8 billion.

Hurt by a losing U.S. Treasury short bet, among other things, that fund sunk nine percent in May, even as other, more successful trades, remained in place. Moore Capital, the firm Bacon founded two decades ago, manages a total of $15 billion.

The standout performance at Element stems at least partly from savvy calls on the part of Talpins, a former Goldman Sachs and Citigroup trader, says someone familiar with the firm’s strategy. Through an assistant, Talpins declined to comment.