Citigroup Paying Up to 65% of Bonuses in Cash

This year at bonus time, it pays to work for Citigroup's investment bank. The bank is paying up to 65 percent of the bonuses for its traders and bankers in cash, according to people with knowledge of the payments. 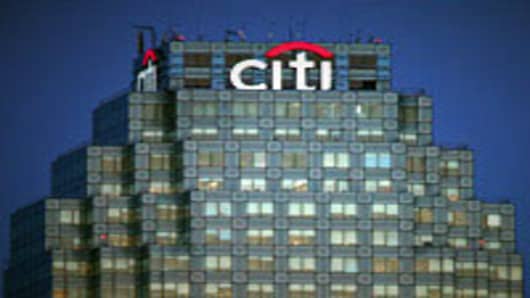 The high cash component of Citigroup's bonuses stands in stark contrast to payout structures at rival firms like Morgan Stanley, and may give Citigroup a powerful recruiting tool.

"If you can afford to pay 65 percent of the bonus in cash," said Brian Foley of the compensation advisory firm Brian Foley and Co., "it's going to be well received by the troops."

Foley points out that a higher cash component means the employees have more money to spend immediately and their fortunes, at least for this year are not tied to those of a firm's stock. Of course, the downside for the firm is that it might make it easier for an employee to jump ship, if they are not waiting for options or restricted stock to invest.

"If you can afford to pay 65 percent of the bonus in cash, it's going to be well received by the troops." -Managing Director, Brian Foley & Co., Brian Foley

Unlike other firms, Citigroup does not disclose how much money it sets aside for compensation in its investment banking unit. It is not known if the average bonus at the bank is higher or lower than last year. What is known is the firm is opening the salary spigots. It recently gave CEO Vikram Pandit a hefty raise to $1.75 million from the $1-a-year salary he has been taking since 2009, having vowed not to take anything more until the bank returned to sustained profitability. It did that in 2010, posting its first annual profit since 2007. Its five other named executives, including newly appointed President and COO John Havens and CFO John Gerspach, also well rewarded this year with total compensation for the five expected to range from $6,999,996 for Gerspach to $14,250,000 for Havens.

Like Citigroup, Bank of America increased cash payouts as well, though to levels that put senior management at its investment bank on par with firms like Morgan Stanley. A person close to the firm said 80 percent of BofA's senior executives' bonuses are in restricted stock, with the remaining 20 percent being paid in cash. It is a bonus structure similar to the one for Morgan Stanley's senior executives, and a welcome change for BofA's senior team which received only five percent of their payout last year in cash.

The changes in Citigroup and BofA's bonus structures reflect the fact both are now free of compensation restrictions placed on them by the Troubled Asset Relief Program (TARP). As two of the seven firms that received exceptional assistance from the government during the financial crisis, pay at the firms was subject to oversight from the Special Master for Executive Compensation, Ken Feinberg. Late in 2009, both Citigroup and BofA repaid the government billions of dollars freeing them from these restrictions for 2010.

On Wall Street, the average bonus is down this year from last. The reasons for the smaller payouts can be attributed to shrinking bonus pools like that of BofA's, or higher headcounts within the investment banks.