Why I Don't Trust The Muni Bond Experts 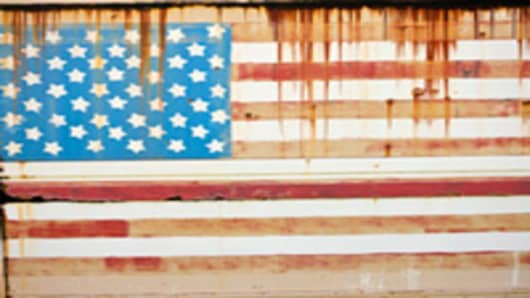 It far surpasses any of the conventional media stories about Paulson’s testimony, taking full advantage of the fact that blogs don’t suffer from handicaps such as space limits.

SSA lets the story run long because Paulson’s testimony deserves to be studied at length.

The portion of Paulson’s testimony that really grabbed my attention was his interaction with “the mortgage people.” Paulson was a merger arbitrage guy, not someone who specialized in real estate finance. So when his analysis told him that the mortgage market was increasingly fragile, many experts responded that he just didn’t understand the market.

Paulson was intent to make one distinction, one that must have been the cause of at least some frustration (followed by fantastic jubilation), that they did their own analysis, they weren’t really trying to attack “the mortgage people’s” views specifically. Instead, they were trying to understand the conventional wisdom and understand why they had contrary viewpoints. As myself and countless others have pointed out over the years since, the mortgage industry (I guess we’ll stick with calling them “the mortgage people?”) brushed Paulson off as “inexperienced, as novices in the mortgage market, they were very, very much in the minority…Even our friends thought we were so wrong they felt sorry for us…”

The mortgage people didn’t see any problems because there’d never been a default, except for one manufactured housing (mobile home) deal in the early 1990’s in California.

The reason I find this so striking is that this is the same sort of thing we’re now hearing about muni-bonds. The “muni people” are pretty much united in the view that munis are safe, that talk of large losses is irresponsible and the product of novice minds looking at a market they don’t understand. After all, investment grade munis never default.

I’m worried that the same kind of tunnel vision that blinded so many of the smartest minds on Wall Street to the fragility of the mortgage market may be operating in munis.