Home Builders May Be Faring Better Than We Think 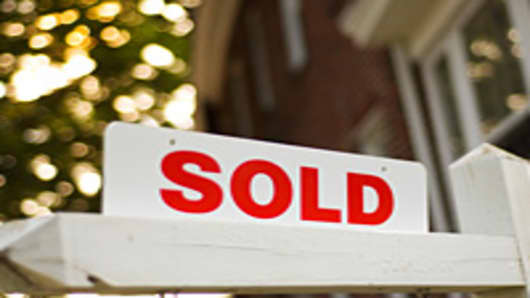 Last week the Realtors were on the block, criticized for overestimating the number of existing home sales in 2010.

They admitted there were some issues with their "benchmarking," and are currently working on a quick fix.

That acknowledgement was certainly a bombshell to those of us who cover housing, but it didn't really affect investors, as it's more of a macro-economic issue than a tradable one.

Well here's a new one that could affect how you stock players trade.

Housing analyst Ivy Zelman, much renowned during her time at Credit Suisse for calling the crash of the subprime mortgage and charting adjustable rate mortgage resets, tells me the Census Department's data on sales of new construction is also way off:

"In December, our survey channel checks implied a 12 percent sequential decline in seasonally-adjusted new home sales, which was consistent with what the public builders had said throughout earnings season, yet the Census reported an 18 percent increase.

In January, our survey suggested that gross new home orders increased 11 percent on a seasonally-adjusted basis, yet the Census data released today (Thursday) reported a 13 percent decline. We were estimating a new home sale pace of 395,000 and the Census reported 284,000, but given the significant divergence between our December estimate and the Census’ results, we weren’t overly surprised to see the January number fall below our forecast."

"While it would appear that the Census’ numbers are troubling for new home sales, and you are right that new home inventory is depressed, we believe the new home sales pace is materially above what the Census has reported in recent months, suggesting there is not as much “doom and gloom” on the new home side as what is being widely reported."

So why do the two diverge?

Zelman's researchers say it may be the very small Census sample size, which leads to a huge margin of error (in the Northeast it was +/- 82.5 percent in January!).

It may even be in the low-to-mid single-digit range. Zelman's survey covers 13 percent of the total new home market, and is made up entirely of private builders. The public builders represent another 30-40 percent of the market.