Having been a part of the pop-culture landscape for over 30 years now, Pac-Man is a pretty familiar character. 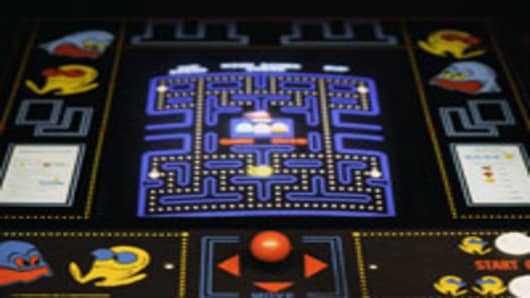 He has adorned cereal boxes, been the star of a Saturday morning cartoon program and appeared on virtually every gaming platform to have ever been released.

That’s not just systems from Microsoft , Sony and Nintendo . It also includes essentially every cellphone that has a screen, long-dead portable systems, and plug-and-play devices for your TV. Along the way, the little pellet-muncher has built an empire that has allowed publisher Namco-Bandai to survive the worst the economy could throw at it.

But even the most well known icons have their secrets. This week, at the Game Developers Conference in San Francisco, Toru Iwatani, creator of the game, offered a postmortem on the industry’s biggest franchise — and told a few tales most fans have probably never heard.

Here are the five most surprising:

The point of the game was to attract girls.

While today’s player is slightly more likely to be male, gaming in the late 1970s was pretty much exclusively a men’s club. Iwatani wanted to change this, creating something that could appeal to both women and families, he says.

“The reason I created Pac-Man was because we wanted to attract female gamers,” he says. “Back then, there were no home games. People had to go to the arcade center to play games. That was a playground for boys. It was dirty and smelly. So we wanted to include female players, so it would become cleaner and brighter.”

Each ghost had specific orders.

When you play the game, it might seem as if the four ghosts are actively chasing you. That’s not exactly true. Iwatani intentionally avoided programming them with that purpose, since that would have resulted in Pac-Man zipping around the screen with four ghosts always right behind him.

Because the player constantly has Pac-Man on the go, however, the ghosts are always changing direction and trying to achieve their goal, which adds to the challenge of the game.

What, exactly, does Pac-Man mean?

You may have heard the story about how a pizza with a missing slice inspired Pac-Man’s design, but it turns out the game was designed entirely around food.

“I thought about something that may attract girls,” says Iwatani. “Maybe boy stories or something to do with fashion. However, girls love to eat desserts. My wife often does! So the verb ‘eat’ gave me a hint to create this game.”

That theme continued with the game’s name. In Japanese, “puck puck” is akin to the U.S. saying “munch munch.” So the original name — Puck-Man — translated as “Munch man.” (A savvy Midway Games official changed it to Pac-Man when the game hit the U.S. to discourage vandals from shaving off part of the “P,” thereby creating an obscene word.)

There was a missing puzzle piece.

Pac-Man was designed to be as simple as possible, to attract a wide audience. The limits of technology in 1980 made this a little easier to achieve. Iwatani says he’s happy about this now, but at the time there was one more thing he wanted to add to the game.

“I wanted to have a shelter and it would move up and down,” he says. “When the ghost comes, the ghost would be pinched by the shelter which would disfigure the ghost.”

The ghosts were almost just one color.

It’s kind of hard to picture Pac-Man without the brightly colored ghosts today, but when the game was being developed, Iwatani says he was pressured hard to change that.

The president of Namco ordered him to make the ghosts a single color — red, to be precise — since she believed players would be confused that some ghosts, perhaps, were Pac-Man’s ally.

Iwatani refused the order and on questionnaires to the game’s testers, asked if they would prefer a single color ghost or four. Not a single person wanted the single-color option. That ultimately convinced the president she was wrong.