State attorneys general have presented the nation’s five biggest banks with a list of demands that could drastically alter the foreclosure process and give the government sweeping authority over how mortgage servicers deal with millions of Americans in danger of losing their homes. 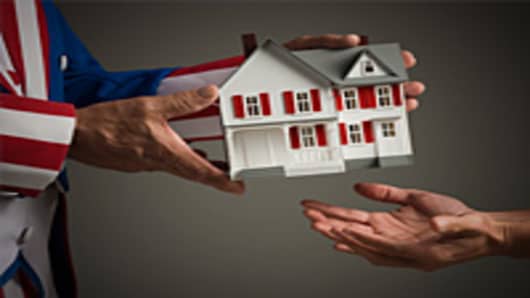 Under the blueprint, banks would be prohibited from starting foreclosure proceedings while a borrower was actively trying to lower the interest rate or ease other terms of the home loan, a process known as a mortgage modification.

Any borrower who successfully made three payments in a trial modification would be given a permanent modification. When a modification was denied, it would be automatically reviewed by an ombudsman or independent review panel.

The proposed changes, which will be discussed by the attorneys general when they meet in Washington early next week, would compel the banks to treat each borrower in default individually.

It was the banks’ attempt to process foreclosures on a large scale that led to robo-signing, in which lawyers and bank officials signed thousands of documents a month after only a cursory review.

The ensuing furor over robo-signing, and other abuses like foreclosures that proceeded with missing documentation, prompted the attorneys general and regulators to begin a broad investigation last fall.

The blueprint from the attorneys general, obtained by The New York Times, is still just a draft, and weeks, if not months, of tough negotiations with the banks remain. Several big banks, including Citigroup , Bank of America and JPMorgan Chase , declined to comment. 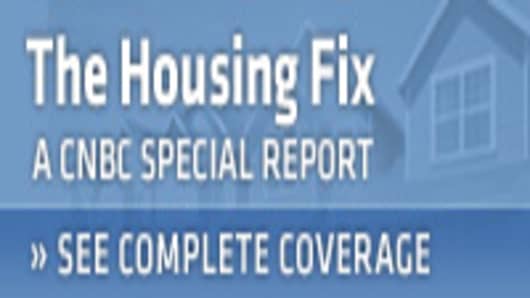 The government’s current program to help troubled home borrowers, known as HAMP, continues to face fierce criticism. Both conservatives and liberals have found fault with the program, which aided far fewer homeowners than originally promised.

The latest proposal, delivered to the banks late Thursday, represents an expansion of powers for the newly created Consumer Financial Protection Bureau, which government officials say has taken a more aggressive stance in the talks than some other banking regulators.

The big banks are already wary of the new bureau and its overseer, Elizabeth Warren, a former Harvard law professor who has been sharply critical of the financial services industry and has pushed for a separate financial penalty of $20 billion or more.

“This further cements the C.F.P.B.’s authority in the financial space and puts them at the top of the pyramid when it comes to the mortgage modification fight,” said Jaret Seiberg, a policy analyst at MF Global in Washington. “From the perspective of the banks, this is the last place you want to be.”

On Capitol Hill, many conservatives are also wary of Ms. Warren, a sentiment echoed by Representative Scott Garrett, an influential Republican member of the House Financial Services Committee.

“I have deep concerns that an unconfirmed political appointee is making calls that affect the safety and soundness of our financial institutions,” Mr. Garrett said in a statement. “This is another attempt by the Obama administration to circumvent the rule of law and unilaterally implement its failed housing agenda at the expense of responsible homeowners.”

If adopted in anything like its current form, the proposal would probably compel banks to hire many more customer service employees, or slow the foreclosure process even further. Many households are already in foreclosure for more than 500 days.

But a program aimed at reducing the volume of foreclosures would affect far more than the families in distress. It would also help reshape the housing market.

About two million households are in foreclosure, and 2.2 million more are severely delinquent. Housing analysts have been waiting for these properties to make their way back onto the market, where they will swell available inventories and, at least initially, depress prices. Housing prices are already on the verge of falling through the floor established in the spring of 2009.

Giving some of these households loan modifications, allowing families to stay in their houses at least for a while, might help stabilize the market. But it also might prolong the day of reckoning, shifting a housing recovery to 2013 or 2014.

“Do you rip the Band-Aid off and deal with a shorter and sharper housing decline that ultimately puts homes in the hands of borrowers who can afford them for the long term?” said Mike Larson of Weiss Research. “Or do you let this drag on and on?”

Indeed, the big banks are already arguing that the recommendations, especially the consumer bureau’s new powers, will slow the foreclosure process and inhibit lending in the future. Banks would have to provide the agency with their formulas for determining if and when modifications would proceed, as well as quarterly reports on their internal procedures.

Training documents and videos for employees at the servicing centers would have to be reviewed by the consumer bureau and the attorneys general, who would also appoint an independent monitor to examine the banks’ compliance with any eventual settlement.

Among the provisions being proposed, the banks would have to reward their employees for pursing modifications over foreclosures. Late fees would be curtailed. A fund would compensate borrowers who were victims of banks’ misconduct, while mortgage balances would be cut in “appropriate circumstances.”

The initial reaction to the proposed changes by those who work with families in default ranged from quietly optimistic to disbelief that the banks could be compelled to change. Many earlier programs to provide homeowner relief were voluntary and did not achieve expectations.

“If these changes are enforceable and enforced, it will make a significant difference,” said Michael Calhoun, president of the Center for Responsible Lending. But he said it would require the banks to make radical changes: “This is very hands-on, time-intensive, one-off stuff.”

Walter Hackett, a former banker and managing attorney at Inland Counties Legal Services in Riverside, Calif., was less hopeful. “For 20 years I’ve watched bankers try to find ways around the rules,” he said. “They are adept.”