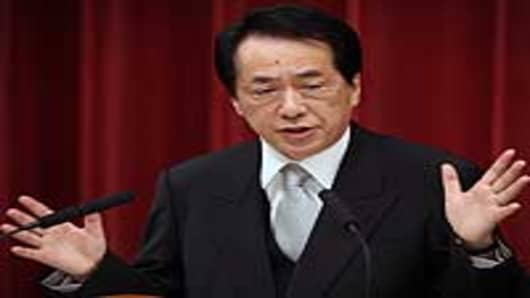 As you recall, I was less than impressed yesterdaywith Prime Minister Kan's spokesperson's response to my simple question: "Do you have the situation under control?"

I asked him the same thing on the air this morning after Kan's recent "What the hell is going on?" rant to TEPCO officials.

Here's Noriyuki Shikata's new response today: "Yes, he is doing his utmost efforts and for example he decided to come up with a joint headquarters between the Japanese government and the operator of Tokyo electric company. He is managing the situation. And so far, for example, radioactive levels have not seen the levels that would be significantly harmful to the human bodies."

That was a "Yes." So either Shikata-san got the "tow the line"/"talk tough" memo today or he reads NETNET. Regardless, I feel much better today.