One of the most popular lists I put out is the league jersey sales lists. The NBA and the NFL have been doing it for years, but today, Major League Baseball enters the fray.

Click here to see our slideshow of the top 10 best selling jerseys by player. 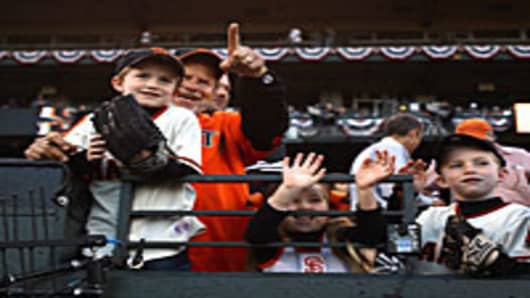 Well, Stephen Strasburg is not there. When he got called up the Washington Nationals phenom sold more jerseys than rookie in baseball history, but then he got hurt and missed the rest of the season. Strasburg falls at No. 13, behind Braves rookie Jason Heyward. Giants catcher Buster Posey was the other rookie in the Top 20.

Eleven different teams are represented in the Top 20, but there are notable big market teams without a single player in the top 20 including the New York Mets, the Chicago Cubs and the Los Angeles Dodgers.

East coast players also dominate the top 20 as 12 players are located in that region of the country. Fourteen of the top 20 best selling players have played in a World Series.