2011 is beginning to look very like 2008 before the collapse of Lehman Brothers—except the numbers involved are much bigger this time around, according to Simon Derrick, the chief currency strategist at Bank of New York Mellon. 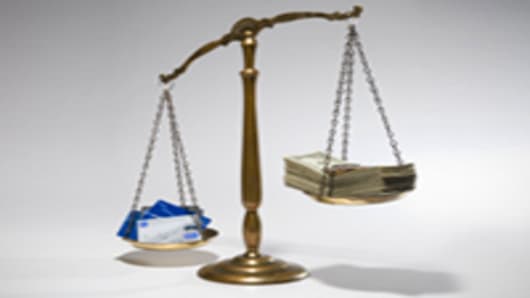 “The front-month Nymex crude future is , for example, trading at almost exactly the same level that it was in early April 2008, FX reserves are growing at a similar pace globally and the euro is in demand as talk focuses on what the ECB will do next,” said Derrick in a research note.

Even dollar/yen is providing an eerie echo of the price action before Bear Stearns went under, according to Derrick.

The one major difference between early 2008 and early 2011 is that this time, the numbers are bigger.

"This time around, the battle is being staged in the euro zone and is taking place at both an institutional and sovereign level," he said.

“If the loans extended to NorthernRock and Bear Stearns collectively amounted to somewhere in the region of 72.5 billion euros, then how does this compare to the bailouts of Greece and Ireland?”

At 195 billion euros for Greece and Ireland alone the current bailout numbers are 2.7 times larger than the help given those two banks.

“It is apparent from the recent price action in the sovereign debt markets that Ireland and Greece still do not command the confidence of investors,” said Derrick.

“With the yields on Portuguese debt rapidly approaching the same levels being paid by Ireland, it seems reasonable to say that the collapse of confidence in peripheral euro zone states is gaining momentum rather than stabilising.”