EU policy makers confidently told reporters in Budapest and Frankfurt last week that Portugal will be the last euro zone member in need of a major bailout. The comments were taken with a pinch of salt by those who have watched the contagion spread from Greece, to Ireland and then on to Portugal and expect Spain to fall victim to the crisis as well. 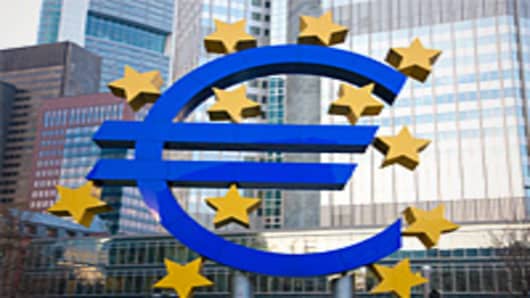 “The fact is that nobody knows whether the country (Spain) will need external help in the months that lie ahead. But what everybody knows is that the European Central Bank’s decision to raise interest rates will intensify its difficulties,” said Roger Nightingale, a global economist at Pointon York in London in a note to clients.

Having taken what many would describe as a rather euro sceptic approach to the single currency for more than a decade, Nightingale is scathing of the analysts who now say Spain will be OK.

“Spain is different from Greece or Ireland or Portugal, they chanted. Its economy is fundamentally sound; it’ll not need a bailout. Are their words of comfort to be taken seriously? Sadly not,” he said.

Spanish unemployment tops 40 percent amongst the young and over 20 percent for everyone else and the housing market remains on ECB-sponsored life support, but the country's national debt remains relatively low, even if local and private debt is high.

“Six months ago, Portugal’s borrowing costs were tolerably low and its growth prospects reasonably satisfactory, therefore. Eighteen months ago, Ireland’s outlook was comparably benign. But, for neither did the “present” prove to be a reliable indicator of the “future”, said Nightingale

“On the contrary, as GDP growth slipped away, tax revenues disappointed, the deficit mounted and investors lost heart. They demanded higher interest rates in compensation for what was perceived to be a higher risk. And, getting them, GDP was undermined still further,” Nightingale said.

The ECB raised rates last week by 25 basis points in a bid to curb inflation but with real rates for the Spanish businesses and individuals much higher it remains to be seen if the hike will have a major impact on Spain.

“(What) everybody knows is that the ECB’s decision to raise interest rates will intensify its difficulties. Spain’s “official” interest rate is low enough, but its “effective” one isn’t. For the public sector, for companies and for individuals, it’s high. And the chances are that it’ll carry on rising,” said Nightingale.

Nightingale believes a two-tier Europe is now assured, but questions whether those on the outside understand what comes next.

“A financial purdah has been established. To it have been dispatched a number of the Community’s (European Union's) “lesser” countries. These rejects won’t have access to credit markets for a protracted period (five years, possibly fifteen). It won’t much matter whether the discards stay dutifully with the euro, or run rebelliously from it,” he said.

“Do they understand their fate? Not yet. They still think they can negotiate an escape. They hope that others, Germany and Britain have been the obvious soft touches in the past, will shoulder their burdens for them. They envisage a future; a year or two hence, when the good times will be rolling again. Watch out for the reaction when reality strikes home!,” Nightingale added.

“In the States, Governor Bernanke must be worried by what he sees in Europe. Hitherto, it’d been only obviously overheating countries that had raised interest rates. Now, an obviously underheating bloc had done so as well. The outlook for the world economy, he’s bound to conclude, is poor and getting poorer,” said Nightingale.