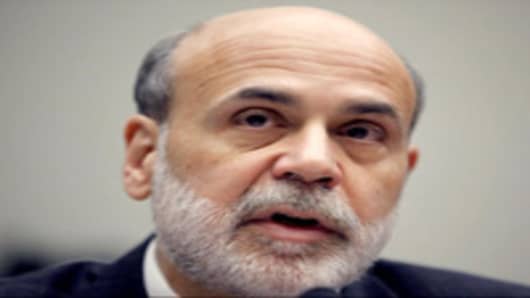 No question that Fed Chairman Ben Bernanke faces Wednesday will be more important than the big enchilada of monetary policy: After QE 2, then what?

The Federal Reserve is in the final throes of a $600 billion Treasury-buying scheme aimed at boosting asset prices—stocks in particular—and convincing Americans that the worst of the financial crisis is over. Bernanke is preparing for his much-anticipated news conference after this week's Fed meeting, an event that will be the first of its kind.

Popularly nicknamed QE 2—or the second phase of the quantitative easing liquidity programs—the balance sheet expansion is largely credited with creating another leg in the stock market rally that has the Dow and S&P 500 within 10 percent or so of their all-time pre-crisis highs.

But with the central bank’s balance sheet approaching the $3 trillion mark and inflation threatening to doom the recovery, Bernanke faces a ticklish call: How does he end the liquidity party without alienating the guests of honor?

Gluskin Sheff senior economist and strategist David Rosenberg thinks he has the answer: With a sort of stealth round of easing that may sound a lot like QE 3 but differ from its two earlier iterations.

“[W]hile the size of the Fed balance sheet may not change after June when QE 2 expires, what the Fed may well choose to do is alter its composition,” Rosenberg said in his daily note to clients Monday.

In Rosenberg’s scenario, the Fed still would still be a player in the bond market but not by expanding its balance sheet. Instead, it will liquidate the $1.365 trillion in troubled assets on its balance sheet, selling them to private equity buyers and using the proceeds then to buy longer-dated Treasurys.

Those assets came during the Fed’s role in the bank bailouts, when it created the Maiden Lane fund to hold toxic waste from the balance sheets of Bear Stearns and American International Group .

The Fed spent about $80 billion, and Rosenberg estimates the current value of the fund to be $65 billion. The rest will come from “stressed asset-backed securities” the central bank took on prior to the first round of easing.

Rosenberg suggests Wilbur Ross and some other deep-pocketed vulture funds and private equity investors would be interested in the Fed sale.

Reinvesting the proceeds in longer-dated Treasurys—as opposed to the current move in the four- to five-year range on average—would provide a bull flattener in which long-term and short-term rates converge and make loans such as mortgages less expensive.

“This is how a ‘QE3’ plays out without getting the critics excited or risking a currency crisis, and help offset the likely coming fiscal retrenchment,” Rosenberg wrote. “It also would help fiscal policymakers hasten the process towards restraint if they know the Fed is going to find a way to watch their back and limit the economic fallout from the budget cuts.” 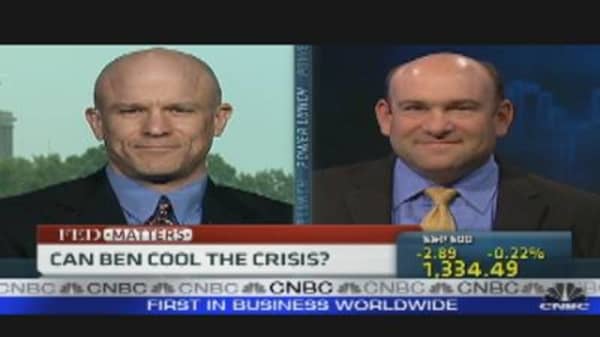 Rosenberg’s forecast is plausible but not without a few catches.

The most glaring is that it assumes that a cut in long-term rates would help spur demand for mortgages, when no such evidence exists thus far. The Fed’s cuts in the target for its funds rate have resulted in what were not so long ago record lows, yet the housing market remains in the doldrums.

There’s also the assumption, in Rosenberg’s words, that the toxic debt would generate “huge” proceeds, something that also isn’t a given.

Finally, Rosenberg’s long-held position is that the economy’s main concerns are deflationary, not inflation. But if he’s wrong, then his thesis about the Fed being able to keep long-term lending rates low flies out the window.

Bernanke’s problem, then, becomes how to make it at least appear that the Fed has its arms around thorny economic problems without risking further inflation. A New York Times report on Sunday pointedly showed how little quantitative easing has meant to the actual economy—high unemployment, a terrible housing market, conflicting manufacturing indicators—outside of the huge rebound in the stock market.

“There is a concern, which I think is justified considering the economic conditions, about inflation and deficit financing,” said Kurt Karl, chief U.S. economist at Swiss Re in New York. “That’s politically a problem for the Fed. It has an incentive not to do anything.”