Banks Are Winning the War Against Regulators

Europe’s banking regulator will unveil the results of a third round of stress tests of its banks in June, but analysts have little hope that the latest tests will calm investors’ nerves and believe banks are winning the battle with regulators over financial reforms. 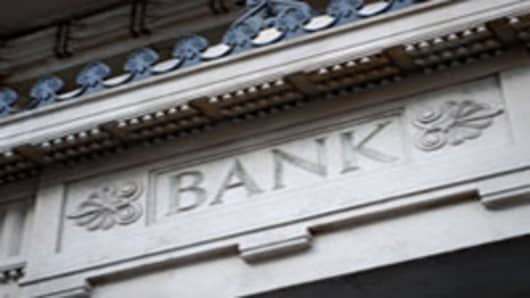 The regulator wants the banks to hold sufficient capital to be able to withstand such shocks.

“There is no point really. By the time we get to the seventh (round of tests), we may know it all. The truth in Europe can only come out in small slices,” Citigroup Chief Economist Willem Buiter said.

“Some information will come out that will be helpful but for the rest there is denial among the policymakers in Europe,” Buiter told delegates at a recent conference in Edinburgh.

Nevertheless, the outcome was not wholly bad if some banks get more capital as a result of the exercise, he added.

The European Banking Authority has said banks should have a core tier 1 ratio of five percent in order to pass the test this time. Core tier 1 refers to reserves the bank could use to cope with losses.

Core Tier 1 capital will include only instruments "of the highest quality," the EBA said in April when it made public the criteria on which banks' capital will be assessed.

Debt-equity hybrid instruments – an instrument that German banks were insisting should count as capital, according to press reports – or existing preference shares will not be part of Core Tier 1.

Last year, banks had to meet a 6 percent tier 1 capital requirement to pass the test. Analysts said the use of tier 1 – as opposed to core tier 1 – made the tests less credible as the requirement was less strict.

This year, 90 banks making up about 65 percent of the European Union's banking system will take part in the tests. This figure includes all of last year's 91 banks, as some have merged or ceased to exist, plus new banks in Austria, Denmark, Ireland and Norway.

The latest test results come as the euro zone faces further trouble, with many analysts convinced a restructuring for Greece is now inevitable.

“I do not understand how our regulators let them (the banks) walk away like that after the recent crisis,” Zulauf said. He added Europe needed a banking system that is strongly capitalized and has the ability to act as a shock absorber during downturns.

“And if we don’t have that ability any more, it tells you that our system is completely sick,” he said.

"The banks have won this war against the regulators, unfortunately, and they are walking away with very low capital,” Zulauf said.

In Switzerland, UBS and Credit Suisse have been made to recapitalize far more aggressively.

Zulauf said this was “a good short-term compromise”, adding it would be a good sign if other countries followed in their footsteps.