UK Consumer Recovery to be Slowest in 180 Years

The UK economy is set to experience the slowest pick-up in consumer spending of any post-recession period since 1830, according to a Financial Times analysis of official forecasts. 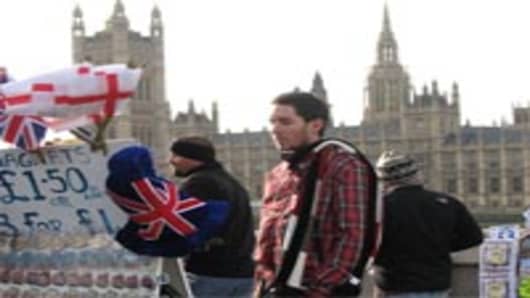 Families are expected to spend just slightly more by 2015 than they were before the financial crisis hit in 2008, as high inflation, tax rises and slow wage growth eat into disposable incomes.

In the 18 major recessions since records began in 1830, Bank of England data show that consumer spending on average recovered to 12 percent above its previous peak within seven years.

But according to forecasts from the Office for Budget Responsibility , spending in 2015 will be just 5.4 percent above the 2008 peak, making it the slowest recovery of any comparable post-recession period.

At the equivalent stage after recessions in the early 1980s and 1990s, spending was 20 percent and 15 percent higher respectively.

"The recession may have been relatively benign for households, but the recovery is going to be particularly awful," said Simon Kirby, an economist at the National Institute for Economic and Social Research.

British consumers have not experienced such a slow recovery in their spending power since 1970s-era stagflation. A period of stagnant spending growth could mean that consumers will barely feel the difference even as the economy expands.

"Everyone will hear and read about the economy growing in the news, its just that households are not going to notice it," said Mr Kirby.

While the UK labor market has been surprisingly strong, both the Bank of England and the Treasury say that stronger export growth and business investment is still needed to offset the fall in consumer and government spending.

"The only sustainable recovery is the kind of recovery that rebalances away from consumer demand and towards external demand," said one Treasury aide.

It is unclear, however, whether trade and business investment will prove sufficient to offset weak consumer spending and public sector cuts - which together account for more than 85 percent of the economy.