The mixed signals regarding the economy's health are taking a toll. 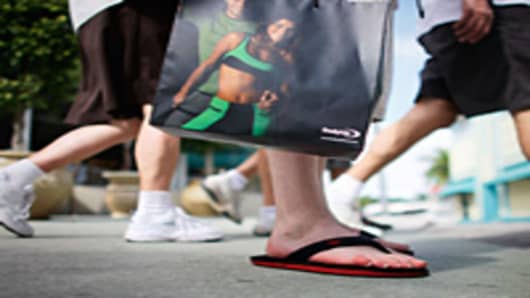 Americans are growing increasingly doubtful about direction of the US economy, according to the latestsurvey from business-advisory firm AlixPartners.

In fact, an increasing number, some 61 percent, say they don't expect to return to their respective pre-recession lifestyles until the spring of 2014, if ever.

What's worse, a full 10 percent said they expect they will never return to pre-recession spending.

That's a more pessimistic view than last year, when those surveyed expected that they could be back to pre-recession spending levelsby the middle of 2013.

"Americans continue to push their expectations for return to a pre-recession 'normal' further and further into the future—close enough for comfort, but far enough away to seem realistic," said Fred Crawford, CEO of AlixPartners. "But as that happens, more and more it seems normal is actually where we are right now."

The latest employment report, which showed that U.S. employers hired far few workers than expected in May, only serves to reinforce these attitudes.

"It's a vicious cycle," Crawford said. "Americans need to see a significant decrease in unemployment to feel confident in the economic recovery, but companies are waiting to see increased demand for their products and services before they begin hiring and making job-creating capital expenditures."

In the latest survey, some 63 percent of Americans said they feel "not good" or "bad" about the state of the US economy, representing a significant increase from May 2010 when only about 49 percent of those polled felt this gloomy.

The survey also found that Americans overwhelmingly expect to delay by at least 12 months major purchases and expenditures such as spending on new cars, home repairs and vacations. 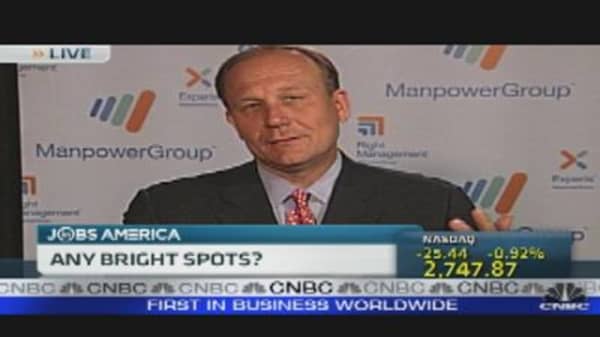 There have already been signs of this in the latest retail sales reports that came out earlier this week from a handful of major retailers.

Overall, sales at stores open at least a year rose 5.0 percent in May, which is below the 5.4 percent increase that Wall Street expected, according to Thomson Reuters data.

While some analysts used a number of excuses, including high gasoline prices, poor weather, and lackluster merchandise, to explain away the disappointing results, the findings of the survey may suggest that consumers are hunkering down amid the uncertainty.

The view was expressed Thursday by Target CEO Gregg Steinhafel, who said that traffic at Target stores slowed in the second half of the month.

"Our guests continue to shop cautiously in light of higher energy costs and inflationary pressures on their household budgets," Steinhafel said, in the company's monthly sales press release.

AlixPartners is by no means the first organization to recognize this growing pessimism.

Goldman Sachs economist Jan Hatzius said the number of consumers who believe they have a chance to bring home more money one year from now is at its lowest level in 25 years, based on his analysis of the University of Michigan and Thomson Reuters consumer sentiment poll.