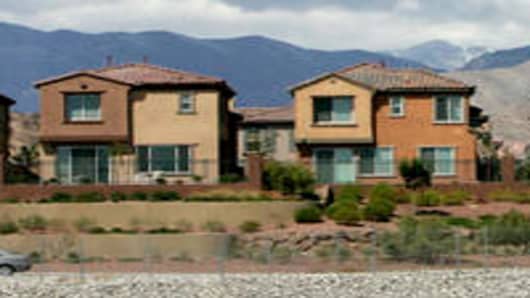 Falling home prices may be plaguing the US economy, but they are candy to foreign investors, who already have a weak dollar on their side.

Buyers from overseas spent roughly $41 billion on US residential real estate last year, a bump up from the previous year. US real estate agents report a surge this Spring especially, as foreign buyers see continued pressure on home prices and ample bargains.

"I don’t think they’re so concerned about the prices dropping as they are about getting value for their money," says Rick Ambrose, a Coldwell Banker agent in Lake Mohawk, NJ.

Ambrose and his colleague Mary Pat Spekhardt recently hosted two groups of Japanese investors searching for homes on the scenic lake just about an hour outside of New York City.

"They can work here, be close to the city, be close to their corporations and still feel like they’re on vacation. I think that’s really what grabbed everybody. That’s what got them," says Spekhardt. 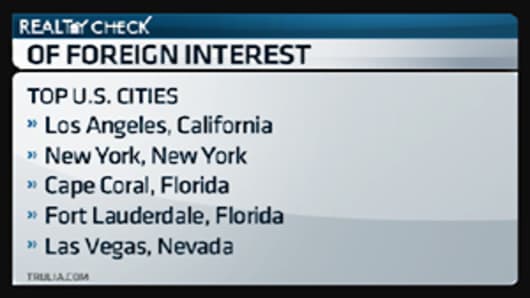 The group of about 35 from Japan also toured properties in Las Vegas and Los Angeles, which are more popular choices among foreign investors.

The greatest interest is from buyers in the UK, Canada and Australia. 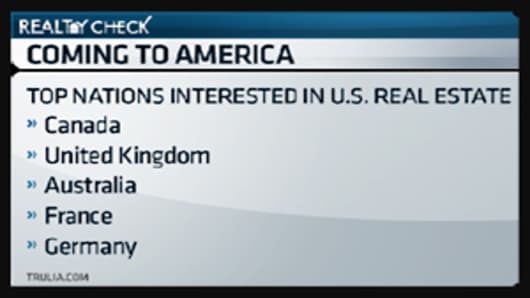 "Prices now in the US are generally 30-40 percent off from the peak.

In addition, the weakness of the dollar gives the Japanese an advantage, as it does the Europeans, of another 20-25 percent off, so they’re seeing real bargains and opportunities," notes Ambrose.

The interest is pretty widespread, with Brazilians trolling Miami and Russians and Chinese hunting in Chicago, according to Trulia's survey.

What's so interesting to me, though, is that foreigners are so much more ready to jump into the market now than US investors. Granted, they have, as noted, the weak dollar on their side, but they also seem to have a longer term view. US buyers are so afraid to a lose a little in the short term on paper, they don't realize they could gain a lot in the long term. Of course foreign buyers are largely using cash, which many US buyers are lacking. Credit, or lack thereof, is playing against the US investor.

Prices in Miami are actually beginning to recover, especially in the condo market, thanks to foreign buyers, so much so that the foreigners are beating out the Americans.

I remember all the rage a long time ago when the Japanese were buying up commercial real estate in New York City.

Everyone was so appalled. Not so much now, even up in Lake Mohawk, NJ...

"It isn’t popular. It is unforeseen territory, and it’s unique. I think it’s a very smart choice. It’s not where everyone is looking," says Spekhardt.