As the first Asian to ever win a Grand Slam last month, it was expected that the money would soon pour in to French Open champion Li Na. 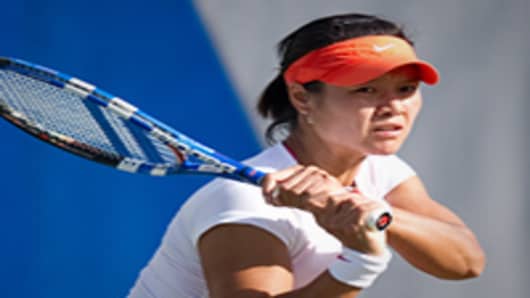 Sources tell CNBC that the 29-year-old Chinese tennis star signed an endorsement deal with Daimler AG to endorse its Mercedes Benz that is worth about $1.5 million annually for three years. Eisenbud acknowledged a deal had been struck, but would not confirm the numbers. It is also not known how much of that money she will give to the Chinese Tennis Federation.

The negotiations to strike a car deal were heated thanks to the size of China's population and the growing sales in the country. Daimler was motivated to pay more because they got a patch on Li's right sleeve as part of the deal. Nike athletes like Roger Federer, Rafael Nadal and Maria Sharapova — all IMG clients — are not allowed to have anything on their clothing but the Nike swoosh. But Li's deal allows her to have two logo patches of other companies on her shirt.

Although Li's deal allows Mercedes to use her outside of China and throughout the world, her native country is a great prize.

China has become the world's largest automobile market. Mercedes still sells more cars in the United States and its native Germany, but China is number 3 and is growing rapidly thanks to a new upper class that craves an association with premium brands. Daimler executives recently said that April car sales for the company in China rose 56 percent, year over year. Sales of its S-Class cars rose 111 percent.

Mercedes recently initiated a road safety campaign in the country due to the amount of deaths on the road (more than 100,000 a year). The company advertises the program on the Chinese Web portal Sina.com, with whom Li recently signed a sponsorship deal.

Li Na's other endorsement deals include Nike, Rolex, Spider Tech and Haagen Dazs. She is expected to pull in about $10 million in endorsement money this year, which would rank her second in women's tennis only behind Maria Sharapova, who makes about $25 million a year and is the highest earning female athlete in the world.