NASA: The Next Generation

End of Space Shuttle Program To Have Far Reaching Impact

The final space shuttle launch on July 8 will make for huge business in Florida's Space Coast, as a million people are likely to see the shuttle take off one last time. 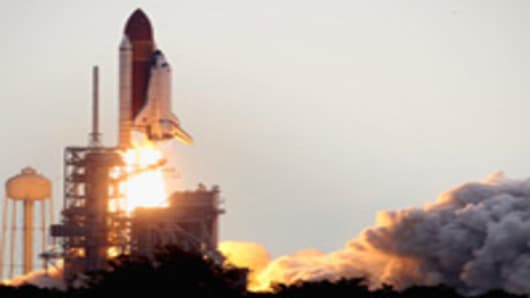 "The launches have always been a big tourist boost," says Laurilee Thompson, owner and manager of the Dixie Crossroads Seafood Restaurantin Titusville, Fla., who notes that during recent launches, customers at her eatery had to wait two and even three hours for a table. "These last ones have been even bigger because they are the last ones."

While the final missions of the half century-long space program have been good for business in Brevard County, Fla., after the last launch, things could be very different.

The Brevard Workforce, a local network of career centers, estimates some 23,000 jobs could be lost. These include 9,000 "direct" space industry jobs, along with 14,000 "indirect" jobs at hotels, restaurants, retail stores and other businesses that depend on the space center at Cape Canaveral.

According to the Florida Agency for Workforce Innovation, there were 197,800 jobs on Florida’s Space Coast in May 2010, and a year later that figures was already down about 3 percent.

"The shuttle program has been cut back through the years," says Thompson. "We had massive job losses with the end of the Apollo launches, and we had layoffs after the Challenger and Columbia tragedies."

But this time the impact will be very different and more far-reaching than the space coast.

“As with any industry, there are interconnections between the space industry and other industries as well as the above-noted ripple effects caused by layoffs,” says Jeff Faust, editor of Space Review.

Even parts of the country not associated with the space industry are seeing effects from the end of the shuttle program.

"The companies involved in space applications are all over the country, from rocket motor manufacturers like Rocketdyne and Aerojet in California, to fastener manufacturers on the East Coast," says Plucker. "I would be hard pressed to think of a state without an impact."

In Danbury, Conn., for instance, ., Praxair and Goodrich Optical have been designing equipment for the program and will likely be forced to cut jobs.

But the biggest impact will be with the Gulf Coast region, which will feel its effects from Houston to Florida. 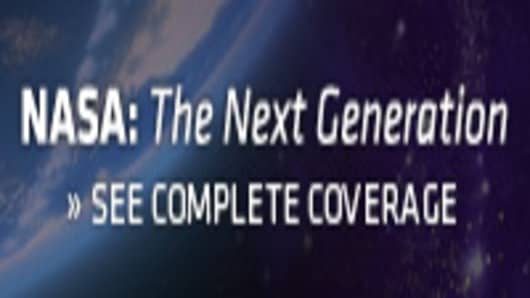 NASA - The Next Generation - A CNBC Special Report

"There will be some layoffs in places like Huntsville, Alabama, which does some shuttle support; New Orleans, where the shuttle external tanks have been built; and Utah, where the solid rocket boosters are manufactured," says Faust.

It's important to note, however, that many of these businesses won't get out of the space business — including large aerospace giants such as Boeing and Lockheed Martin.

"Lockheed is still going to build rockets — no one is saying that space launches are over," says Zach Rosenberg, UAV Space Editor at Flight Global. “The United Launch Alliance will still be working with the military to launch a diverse array of stuff, including reconnaissance satellites."

He adds that the R&D aspect of the shuttle has been long over, which means many of those companies won't be as affected as it might seem.

“No one has been looking at R&D on the shuttle for a long time,” says Rosenberg. “The research and development for the shuttle ended in the 1980s, and there is no reason to research that anymore.”

However, there are those who have spent their lives and career focused on the shuttle, and for many it might not be clear what they will do now. 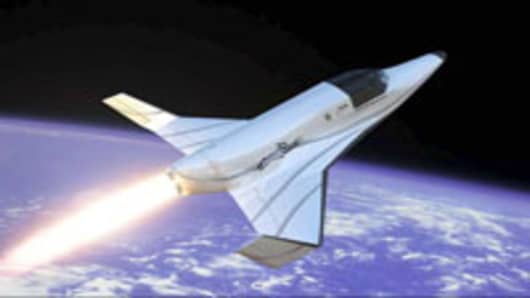 “I suspect a number of engineers and other technicians involved in the shuttle program have shuttle-specific skills not immediately applicable elsewhere,” says Faust, adding, “which is why you're seeing a push in the Space Coast in particular about job retraining and other activities to help transition workers to other engineering and related jobs. I suspect one issue that will directly affect how quickly these people can find new jobs is their willingness to move to other parts of the country where they may find it easier to get a job."

Nor will it just affect those in technical and engineering jobs. As noted by the Brevard Workforce, many indirect jobs will also feel an effect.

"The local guys might not have any relief, from the restaurants to the trucking companies,” says Rosenberg. “Those guys will have to reinvent what they are going to do."

Faust shares this opinion, noting that the biggest job losses will be in Florida and Houston. But he says the impact in Houston won't be as severe because it's a large city with a diversified job market.

"Smaller companies that either based a significant part of their business on providing shuttle-specific goods and services to NASA or the other major companies supporting the shuttle program will be affected.”

In addition to Boeing, Lockheed Martin and Rocketdyne, jobs will be cut at United Space Alliance, the NASA contractor that managed the space shuttle program. In April, 550 USA workers were laid off, and the next round will likely occur on July 22 when engineers, technicians, computer programmers and other workers are let go.

NASA - The Next Generation - A CNBC Special Report

"There are companies that see this as an opportunity to offer new capabilities to replace the shuttle's capacity,” says Wayne Plucker, Industry Manager of North America for Aerospace & Defense at research firm Frost & Sullivan.

Still, in Titusville life will go on. Following the final shuttle launch, there is the scheduled July launch of a Delta IV with a GPS IIF-2 satellite for the United States Air Force, as well as the scheduled Atlas V 551 rocket launch in August, which is sending the Juno Mission to Jupiter. These may not be the same draw as a space shuttle, but Thompson says the region will adapt.

"They're not closing the space center. They'll still be launching rockets over there, and we've been through this before,” says Thompson.