Reverse mergers might have gotten a bad reputation because of questionable deals from China, but don’t write off the entire business, say industry insiders.

They are convinced that reverse mergers are here to stay and will continue to be an important vehicle for small domestic and foreign companies that would not otherwise be able to gain access to U.S. stock exchanges. 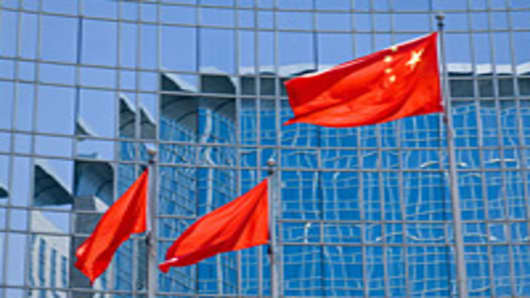 “Issues have been very China-specific to this point. I don’t see broader impact on the reverse merger market as a viable going-public alternative,” says Brett Goetschius, editor of The Reverse Merger Report.

While U.S. companies are expected to dominate the reverse-merger market, the industry is also setting its sight on other countries, particularly Brazil and Israel.

“We are busier than ever with non-China deals,” says David Feldman, a partner at law firm Richardson & Patel who advises reverse-merger transactions.

Yet, the industry’s optimism is up against a tough reality.

Federal regulators have increased scrutiny of reverse mergers, and recently issued a warning about dangers of investing in foreign-based companies that have listed on U.S. exchanges by merging with public shell companies rather than going through the public offering process.

NASDAQ also is looking to toughen listing requirements for reverse mergers. The proposal is now under review by the U.S. Securities and Exchange Commission.

In addition, the Public Company Accounting Oversight Board, a Washington-based watchdog, warned that audits of reverse-merger companies that are based outside the U.S. may not always be conducted according to U.S. standards.

A slew of negative publicity curtailed opportunities for China-based deals, which were a sizeable share of the market over the past several years.

In 2010, 83 deals, or one-third of all reverse mergers came from China, making it the most active year on record for Chinese companies, according to the Reverse Merger Report. This year, there have been 27 deals so far.

The amount of money raised by Chinese reverse mergers is down to just $13 million, from $200 million last year.

But critics say this “back door” route to the market lacks the regulatory rigors of the initial public offering process, and has been exploited by shady firms, particularly those from China.

The SEC this spring suspended trading in Heli Electronics , China Changjiang Mining & New Energy , as well as Rino International because of irregularities in their financial statements. The agency also revoked securities registration of at least eight China-based companies.

Scandals put a damper on demand for Chinese deals. “I wouldn’t expect to see another Chinese IPO or reverse merger in the next 12 months or more,” says the Reverse Merger Report's Goetschius.

“Given the current valuations seen for Chinese companies, as well as waning investor enthusiasm for the sector, there appears to be little enthusiasm on the part of companies to explore the reverse merger route,” says John Borer, senior managing director at Rodman & Renshaw.

"We need the understaffed and underfunded SEC to take a more active role in policing these listings. There will be more blowups in the future if there is no change in reporting or enforcement." -Finance Professor, San Diego State University, Daniel Seiver,

Experts also warn there could continue to be fraud, and that investors should beware. “The 'low-doc' backdoor entrance to Western equity markets is enticing to scam artists from all countries,” says Daniel Seiver, finance professor at San Diego State University.

“We need the understaffed and underfunded SEC to take a more active role in policing these listings," he added. "There will be more blowups in the future if there is no change in reporting or enforcement.”

CNBC senior stocks commentator Herb Greenberg agrees. “While some of these may turn out to be legitimate companies, they attract more than their fair share of unscrupulous promoters," he said.

Greenberg, who has been critical of reverse mergers for a long time, says damage to their reputation has become too great and that the practice may disappear.

Others disagree. “Reverse mergers still have some appeal for a U.S. acquiring firm,” says Jay Ritter, finance professor at University of Florida. “But investors will be more skeptical, resulting in lower prices unless the merged company has audited financial statements from a reputable auditor rather than China-based.”

“Israel has a lot of exciting technology in medical devices, software, cloud computing. They’ve long captured imagination of investors,” says Borer. “Interest in Brazil is high. There are no deals yet, but the number of inquiries is up.”

But it won’t be easy to find a market comparable to China.

“The scale and growth of the Chinese economy, the rampant entrepreneurialism and number of small businesses there, and the lack of a developed in-country capital markets delivery system for small and mid-sized businesses created a unique set of circumstances for reverse mergers,” says Borer. “There will be no other China.”