As the debate over raising the debt ceiling in the United States lurches onward, one analyst tells CNBC that if America wants to keep taxing its people like it's the 1950’s, it will need to significantly cut back on spending. 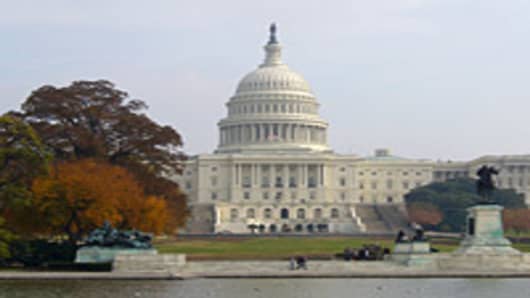 “In 2009 and 2010, federal government receipts stood a little below 15 percent of GDP,” said Paul Donovan, a global economist at UBS in London.

“Clearly the political focus at the moment is on federal revenues, and for the past two years, these have stood at the lowest level since 1950,” said Donovan.

The problem is that in the 1950’s, the federal government’s deficit stood at around 1 percent of GDP.

“Over the past six decades, some spending programs have remained modest,” he said.

The problem is that others have not remained so modest, and the biggest drains on the federal budget are as one may expect.

“In spite of having just ended one war, and embarking on a further conflict (in Korea), defense spending in 1950 at 4 percent of GDP was less than the 2010 4.7 percent figure," he said. “To put that in context, if the U.S cut around two-thirds of today’s Navy, it would bring defense spending back to where it was in 1950.”

Social security, health and debt financing costs have all risen sharply — or more than doubled in the case of health care spending, according to Donovan.

“This suggests that if America wants to have 1950s-style taxes then it needs to make some significant efforts on its spending.

Spending on defense, social security, and health care in the United States of 2010 is far removed from the 1950-style revenues it is receiving,” said Donovan The only other option is of course higher taxes, something the Republican Party is in no mood to accept from the White House.