Spending Cuts Seen as Step, Not as Cure

By the end of the 10-year deal, the federal debtwould be much larger than it is today. 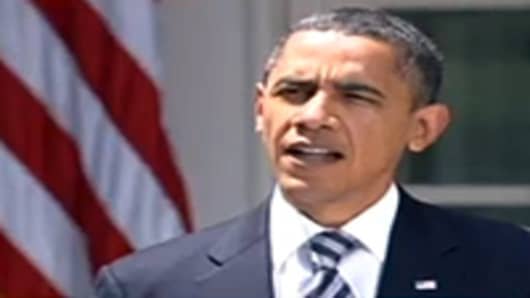 Indeed, both the government and its debts will continue to grow faster than the American economy, primarily because the new law does not address federal spending on health care.

That is the reason that the ratings agency Standard & Poor’s and its rivals still are threatening to remove the United States from their lists of risk-free borrowers, although the other agencies, Moody’s and Fitch, both said Tuesday that they would watch and wait for now.

It is also the reason that many conservative Republicans refused to vote for the agreement, calling it a grossly inadequate answer to a pressing problem. 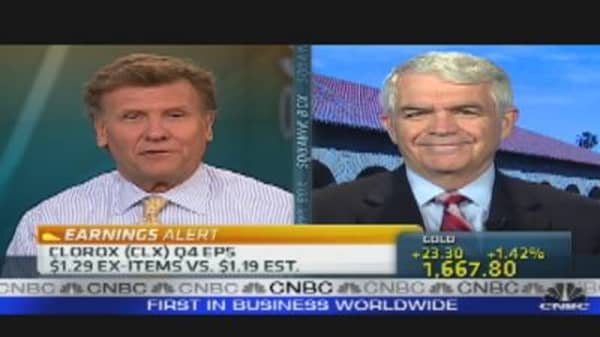 Proponents of the deal counter that it is an important first step, constrained by the political realities of divided government. Republicans want to reduce the debt solely through cuts in spending, while Democrats favor a mix of cuts and increased revenues.

Both parties are pointing to the 2012 elections as a national referendum on how to proceed.

“Is this the deal I would have preferred? No,” Mr. Obama said Sunday in announcing the agreement. “But this compromise does make a serious down payment on the deficit reduction we need, and gives each party a strong incentive to get a balanced plan done before the end of the year.”

The problem facing the nation has been clear for some time. The Congressional Budget Office estimates that the federal debt is likely to exceed 100 percent of the nation’s annual economic output by 2021, largely because of the rising cost of Medicare, Medicaid and Social Security.

Americans will face higher taxes, particularly as investors begin to demand higher interest rates. Economists disagree about the amount of debt a nation can safely carry relative to the size of its economy, but there is widespread concern that 100 percent is too much, and that the weight of debt would begin to suppress economic activity.

Stabilizing that ratio would require about $4 trillion in cuts over the next decade, according to a number of independent analysts. That is also the target that S.&P. declared the nation must meet, and it was the goal of the “grand bargain” that Mr. Obama tried to reach last month with Speaker John A. Boehner.

The deal they reachedinstead contains cuts of at least $2.1 trillion over the next 10 years. By the end of that period, the federal debt could equal as much as 80 percent of economic activity, and rising. That assumes Congress chooses to preserve all of the Bush-era tax cuts, but even if Democrats succeeded in rolling back cuts for the wealthy, the ratio could reach 76 percent, and rising.

"The current deal to raise the debt ceiling doesn’t stop us from going over the fiscal cliff."" -(R) Kentucky, Sen. Rand Paul

“This was a huge missed opportunity,” said Maya MacGuineas, president of the nonpartisan Committee for a Responsible Federal Budget. “Any sensible solution requires that you need to stabilize the debt so that it’s not growing faster than the economy.”

Ms. MacGuineas, like many independent observers, also is concerned that the government is cutting back on spending too quickly. The debt-ceiling deal would reduce spending by only a few billion dollars this year. But the two sides could not agree to include extensions of payroll tax cuts or unemployment benefits, both scheduled to expire at the end of the year. Stimulus spending also is winding down.

“We needed to be more aware that we didn’t derail the economy in the short run, and we needed more deficit reduction in the long run,” she said. If the deal undermines the economic recovery, she noted, the decline in tax revenues could worsen the problem.

Although it does not solve the basic problem, the deal would impose real constraints on spending. The law creates a bipartisan commission to identify at least $1.2 trillion in spending cuts by Thanksgiving. It also caps the amounts that Congress can spend over the next decade in a trillion-dollar slice of the federal budget called discretionary spending, which includes, among other things, financing for transportation, basic research and the national defense. 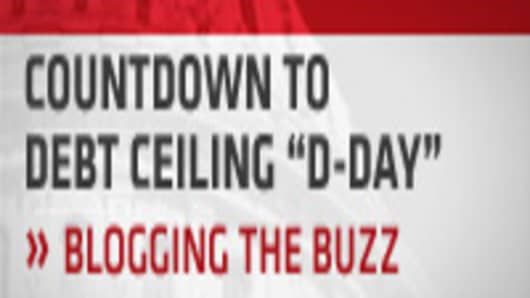 To comply with the law, Congress must reduce appropriations by about $25 billion for the budget year that begins in October. The following year, appropriations can increase by $4 billion. Every year thereafter, spending can grow to keep pace with inflation.

The Congressional Budget Office calculated the financial impact of the plan by comparing it to a situation in which spending kept pace with inflation throughout the 10-year period, and concluded that the government would save about $917 billion—including interest on money it would not need to borrow.

Assuming that the economy continues to grow, the affected government programs will receive an ever-smaller share of the nation’s resources. Moreover, discretionary spending includes the cost of health care for veterans, which, like other health care costs, is climbing much faster than inflation, requiring a larger share of the available money with each passing year.

Proponents describe these constraints as necessary and significant.

Critics, however, are skeptical that Congress will follow through. They note that Congress imposed similar limits on spending in the 1980s and ’90s, only to grant itself repeated exceptions. They said that cutting specific programs would be a more credible strategy.

“It does nothing to address the real drivers of our debt,” said Senator Tom Coburn, Republican of Oklahoma, explaining his decision to vote against the bill. “It eliminates no program, consolidates no duplicative programs, cuts no tax earmarks and reforms no entitlement program.”