The Future of Innovation: a CNBC.com Special Report 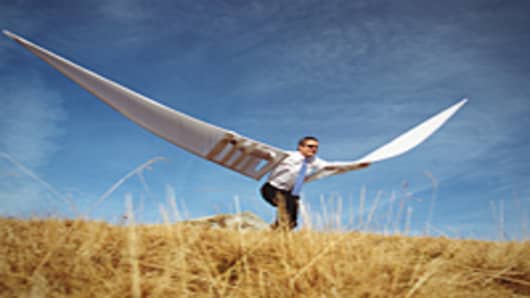 But great new ideas, no matter how groundbreaking or potentially valuable, are only the first link in a chain that includes government and corporate allies in an economy that supports risk.

“Innovation is an important prerequisite for national economic success,” says Soumitra Dutta, a professor of business and technology at INSEAD, a multinational business school with campuses in France, Singapore, and Abu Dhabi.

It’s gone global for two reasons, adds Dutta, “The rise of emerging markets with populations moving out of poverty and asking for new products and services,” while the spread of technology has enabled less-developed economies to innovate.

“There are no nations that dominate innovation at the global level,” says Drew Marshall, a New Jersey-based consultant and co-host of Innochat, a weekly innovation-focused chat on Twitter. “There are now many countries that see innovation as a path to economic advancement."

Two influential studies this summer that rank nations in terms of their innovative policies may underscore that point, as they both show traditional powerhouses slipping in favor of smaller, far-flung rivals.

"The ability to innovate is the great equalizer in the global economy,” says Shumeet Banerji, CEO of global consulting firm Booz & Co. “In the industrial era, nations relied on their natural resources to compete. Today, any country can advance with carefully focused investments in talent and R&D."

Booz helps produce the annual Global Innovation Index, whose chief editor is Dutta and covers 125 economies that account for 98 percent of the world’s economic output.

Here are its top 10 for 2011: Switzerland, Sweden, Singapore, Hong Kong, Finland, Denmark, the U.S., Canada, the Netherlands, and the U.K.

The Information Technology and Innovation Foundation (ITIF),also released in July, ranks countries based on their innovation and competitiveness.

These rankings use key indicators, such as the number of scientists and engineers; corporate, government and university research and development; venture capital; and productivity and trade performance. They serve as a benchmarking tool for policymakers, business leaders, and other stakeholders.

“The U.S. supremacy that existed during the 20th century has faded, as the access to the drivers of national innovation are accessible to more nations,” says consultant Marshall.

Germany and Japan, powerhouses of innovation after they were forced to rebuild their economies following World War II, have also slipped in recent years.

“Japan and Germany are somehow paying the price of having concentrated too much on manufacturing and not so much in services,” says Daniele Archibugi, author of "Innovation Policy in a Global Economy" and research director at the Italian National Research Council. “It was good for the period from 1946 to 1990; it may be less good for the last 20 years.”

The key is to consider innovation holistically, says Marshall of Innochat. For a country to have successful innovation policy, its government must work in concert with industry and higher education to produce a business environment that ensures market forces are allowed to work freely.

Take Japan, for example. What was a manufacturing and exporting powerhouse just two decades ago now has a sputtering economy. What's more, outstanding government debtis now equal to more than 200 percent of the country's gross domestic product. 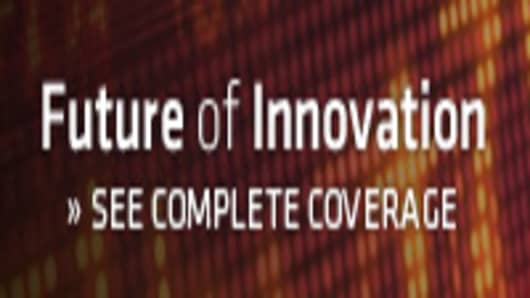 “If any part of the system is out of alignment, it is rare that other system elements can compensate,” says Innochat's Marshall. “Japan has many of the elements necessary for national innovation, but lacks the ready movement of capital to capitalize on its intellectual capacity.”

Much of Europe has yet to fully embrace innovation, says Robert Atkinson, president of the ITIF. “They want the benefits of a knowledge-based economy without the creative destruction that not only accompanies it but is required to achieve it,” he says.

U.S. And The Space-Race Era

Unless Europe can accept plant closures and job losses, new technologies with uncertain environmental impacts and new kinds of business models that may challenge traditional assumptions about privacy, “it’s unlikely that it will be able to keep up in the race for global innovation advantage,” Atkinson said.

Warning Signs For The U.S.

The poor U.S. economy has led to a heated political debate about the size of government, and many experts fear that less government seed money for businesses and universities will hamper the country’s innovation leadership.

One ranking in the ITIF index measures how much a country has improved its innovation capacity from 1999-2009, using measures such as government funding for basic research, education, and corporate-tax policies. Of the 40 countries analyzed, the U.S. finished last.

Marshall thinks “the persistent vilification of government in public discourse—that it is too big, too intrusive, too involved, too broken—has crippled the ability of the U.S.A. to use government effectively, in the common good, with regard to innovation.”

The U.S. government still spends proportionally far more on research and development than Japan or Germany, says Archibugi of the Italian National Research Council, but momentum may have been lost.

“Only government policies and funding commitments have the capacity to create whole ecosystems that can support innovation, regardless of the immediate financial return, that can cut across markets and sectors,” says Marshall of Innochat.

But too much government intervention can upset the atmosphere conducive to innovation, says James Milway of the Rotman School of Management at the University of Toronto.

“I think there are more failures than successes when governments intervene in specific industries,” he says. “Green energy and Solyndra [a U.S. solar company that recently failed] come to mind.”

To create an environment conducive to investment and innovation, governments should concentrate on providing rule of law, sound infrastructure, excellent educational systems, and low taxation on business investment, says Milway. Some of these factors have clearly held back Russia, which ranked 52nd in the Global Innovation Index.

“If the U.S. shies away from competitive markets through ongoing government bailouts—or completely embraces the view that only significant government intervention can create new industries—then it could lose its status as an innovation leader,” he says.

Government usually plays more of an architectural role in creating a supporting environment for innovation, such as providing policies that make it easier for the country to attract and retain skilled talent, says INSEAD's Dutta.

“To enhance innovation in an economy, one needs both government and corporate policies to support innovation—they are complementary to each other,” he says.