Lenovo Group, the world's No.3 PC brand, reported a near doubling of its first-quarter net profit, beating expectations due to acquisitions and growth in emerging markets in key markets such as China. 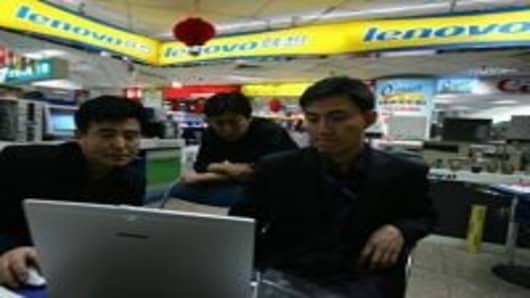 Net profit was $108.8 million for the quarter ended June, up from a revised $54.9 million a year earlier.

The market had expected net profit of $78.6 million, according to the average forecast of seven analysts polled by Thomson Reuters I/B/E/S. In the previous quarter ended March, Lenovo's net profit had more than tripled to $42.1 million.

On Tuesday, Dell , the world's No. 2 PC maker, slashed its 2012 revenue forecast due to an already weak outlook for technology spending this year worsened.

Lenovo's Hong Kong-listed shares have fallen 10.6 percent in the first half of the year, lagging the main Hang Seng Index's 2.8 percent loss.