Taxpayers looking for ways to trim their 2011 tax bill, or simply to avoid unpleasant surprises when they file their returns, have a few weeks to make potentially helpful, money-saving moves. 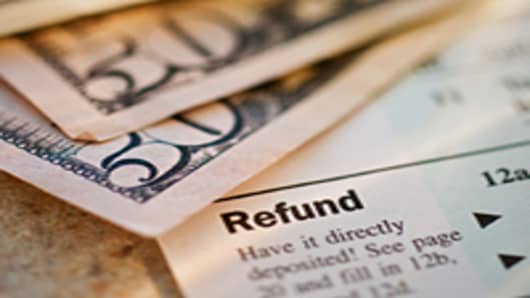 Whether it’s buying a needed energy-efficient heating system, donating stocks that have appreciated, or increasing 401k contributions, taxpayers can take a number of steps by Dec. 31 to make for happier 2011 returns come filing time.

“If you’re going to have a big tax bill due in April I’d like to know about it now so you can plan for it,” says Melissa Labant, tax manager at the American Institute of Certified Public Accountants. She suggests taxpayers use a free withholding calculator on the irs.gov website. (Or try CNBC's. )

Chuck Neff, a certified financial planner and certified public accountant with Balasa Dinverno Foltz LLC private wealth management in Ithaca, Ill., notes that 2011 is one of the last years taxpayers in the lowest two brackets can sell winning securities without paying the long-term capital gains tax.

A $10,000 short-term gain distribution, for example, could be taxed at 28 percent, while the gain for investors selling before the record date would be taxed at the 15 percent long-term capital gains rate, he said.

Labant encourages investors to call their brokers now to see whether they had large capital gains this year, rather than waiting until April, when it’s too late to mitigate the 2011 tax effects.

“Maybe it makes sense to trigger some losses to offset those gains,” she says. Investors can sell losing stocks, wait 31 days and buy them again if they like the company, she adds.

Since taxpayers can offset up to $3,000 of ordinary income by selling losing stocks, Labrant advises slients not to trigger more losses than that to trim 2011 income.

Taxpayers interested in making sizable charitable contributions can save money by donating appreciated investments rather than giving cash, note Neff and Labant.

Rather than making a $10,000 cash donation, for example, a taxpayer could make a gift of appreciating securities worth the same amount, take the charitable deduction, and avoid having to realize the gain on the stock, says Neff. This option applies to appreciated stock purchased at least a year earlier, adds Labant.

Those age 70 ½ or older whomust take distributions from traditional IRAs may, this year, directly roll the distribution into a charitable donation. By doing so, they can avoid counting the IRA allotment as income.

“That will actually affect your bottom line,” says Labant, who notes that this option ends on Dec. 31.

The government continues to offer numerous education incentives in the form of credits or deductions. Labant notes that taking one education incentive might exclude using another, so taxpayers should see where they might save the most.

The American Opportunity Tax Credit, which has been extended through 2012, offers a dollar-for-dollar credit for the first $2,000 spent on college and 25 percent for the next $2,000, and up to $1,000 of the credit is refundable, according to Labant.

“That’s my favorite one,” she says. “It yields a bigger tax savings than, let’s say, the tuition and fees deduction.” The maximum $2,500 credit is income-based, but the parameters are generous, she said. The IRS website says the full credit is available to individuals with modified adjust gross income of $80,000 or less and to married couples (filing jointly) with income of $160,000 or less.

Among other moves taxpayers might consider making this month: