US Banks' Exposure to Europe Is 'Manageable': Bernanke

While a recent report showed that U.S. financial companies have nearly $200 billion in net exposure to Greece, Ireland, and Portugal, the amount is "manageable relative to their capital," according to a July 14 letter Federal Reserve Chairman Ben Bernanke wrote to members of Congress. 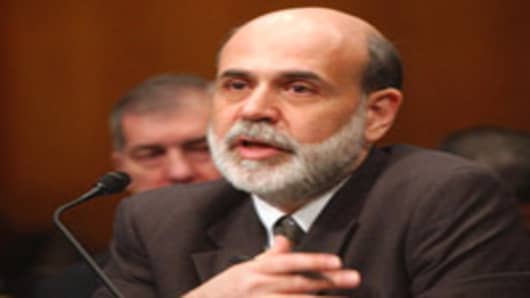 Bernanke warned, however, that "a sovereign credit event in the region could affect a broad range of markets and financial institutions," including those outside of Europe.

Bernanke's letter came in response to an inquiry from Sen. Corker (R.-Tenn.) and Sen. Tom Coburn (R.-Okla.), who had expressed concern over the exposure of U.S. banks, and the American economy, to a potential default by one or more of the European countries.

The letter, obtained by CNBC Tuesday, said that most of the $200 billion comes in the form of credit-default swaps (CDS)sold by financial institutions on the debt of those countries. The amount doesn't take into account purchases by the banks themselves of debt protection against default, Bernanke wrote.

Confidential CDS data from the Depository Trust & Clearing Corporation's Trade Information Warehouse show that when CDS protection—both sold by banks and purchased by them—is taken into account, "the net exposures of the U.S. financial institutions to Greece, Ireland, and Portugal from CDS are quite small," the letter said.