Yuan Likely to Be Fully Convertible in 5 Years: PBOC Advisor

A senior advisor to the People’s Bank of China said China’s currency will be fully convertible in the next 5 years as long as there is no major shock to the economy. Li Daokui dismissed suggestions that freely floating the yuan will hurt China’s exports and its economy. 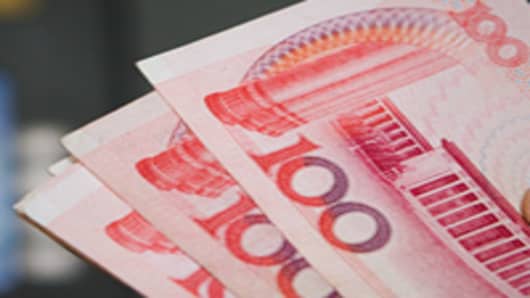 “With a fully convertible currency there will be both inflows and outflows of currency. So currently there is a great, great potential for our households and enterprises to get our foreign currency reserves and go out and invest abroad,” Daokui said Wednesday at the summer meeting of the World Economic Forum in Dalian.

Daokui said China was looking at both yuan convertibility and liberalization of interest rates as part of a bundle of reforms. He said the next step in the liberalization agenda would be to free up the amount of foreign currency Chinese households and businesses can get access to.

China’s currency is freely convertible on the current account (for trade purposes), but is tightly controlled when it comes to the capital account (for investments).

Allowing Chinese businesses and investors to convert more money to dollars and euros could ease China’s worries about what to do with its nearly $3.2 trillion in foreign exchange reserves. It could also boost the global economy as more Chinese invested and consumed goods and services abroad.

Li, an academic who teaches at China’s Tsinghua University, was appointed to the central bank’s monetary policy committee in March 2010 and is seen as a reformer.

Talk of full yuan convertibility picked up last week after Davide Cucino, the head of the EU Chamber of Commerce in China said Chinese officials had told EU business executives that they planned to freely float the yuan by 2015.